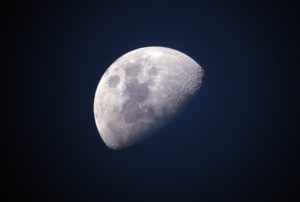 Bitfinex reported it has been hacked. The website is not allowing logins.

Coindesk is reporting that 119,756 BTC have been stolen.

The hacking of Bitfinex brings up an additional risk that needs to be considered when investing in any type of Bitcoin enterprise. Even if the person or entity running the bitcoin exchange or bitcoin service is honest and trustworthy there is aways the risk of hacks.

Why am I planning on growing my wealth through loans to margin traders? Because it is low risk, provides a great return, and is passive.

Brief Background on the Concept of Margin

Trading on margin means borrowing money to buy or sell a security. This increases risk and reward. For example, a trader borrows $100 and buys a share of a company for $100. The price of the share goes up to $110. The trader sells the share and makes $10 minus trade fees and the interest paid to borrow the $100.

Margin funding is simply lending the funds traders are borrowing. In exchange for loaning traders capital the lender is paid a percentage return.

Lending funds to margin traders is much less risky than actually trading on margin. There are three mechanisms that protect lenders: an initial equity requirement, equity maintenance requirement and finally traders can’t withdraw the borrowed funds.

Once the trade has been made and the position is open Bitfinex enforces a margin maintenance requirement.

The trader’s total account value would be down from the initial value of $1000 to $500. So the trader has reached the minimum margin requirement of 15%. The trader would then receive a “margin call” (actually an email and alert on the website) from Bitfinex and their position would be force liquidated.

This prevents a trader for losing more money than they have, so they aren’t in a situation where they owe money.

Bitfinex does NOT allow the borrowed funds to be withdrawn by the trader.

For example a trader can’t borrow $500 and then just withdraw the money and disappear.

The funding lent to a trader serves only to open margin positions. The actual funding always stays in either the funding provider’s account or on the exchange as part of a position. 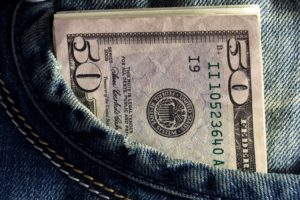 Most bank accounts pay less 1% if they pay anything at all. It’s paltry and it doesn’t even keep up with the rate of inflation.

As you would expect market rate for margin funding on Bitfinex fluctuates. I’ve made between .05% and .07% per day lending. Although .05% (.0005) daily interest might not sound like a lot, compounded on a regular basis it is very good. If one were to invest $100 it would be worth about $120 at the end of the year or a 20% annual return. [11 December 2016 Update: Bitfinex charges a 15% fee on interest earned via margin funding, that is not included in this calculation.]

You can setup Margin Funding on Bitfinex and walk away. I check up on it every now and again but it is passive income. Passive income is one of my five investment goal categories.

There are several options when funding margin traders on Bitfinex. You can fund them in USD, BTC, LTC (Litecoin) or ETH (Ether). Funding in USD eliminates bitcoin price fluctuation risk (and the potential for reward if the price of Bitcoin appreciates).

Lending in USD makes the most sense to me right now for three reasons.

If Bitcoin were to sell off I might be tempted to start loaning in BTC. Right now BTC seems a little rich and could be due for a correction.

2) I have exposure to Bitcoin elsewhere

I’ve already made my first loans, or as Bitfinex calls it Margin Funding. The user interface of Bitfinex is a little confusing, and it seems like you have to move money around three different wallets several times to go from BTC to USD then provide margin funding. I highly recommend reading the step-by-step Bitfinex lending guide over at bitcoinpassiveincome.com. [11 Dec 2016 Update: Lending guide seems to have been removed.]

Do your own research and make your own decision if Margin Funding on Bitfinex is right for you. I’ve determined it is a solid investment that is suitable for me.

If you do decide to sign up for Bitfinex you can support this site by signing up through my affiliate link: https://www.bitfinex.com/?refcode=IuO4E6gXkj.