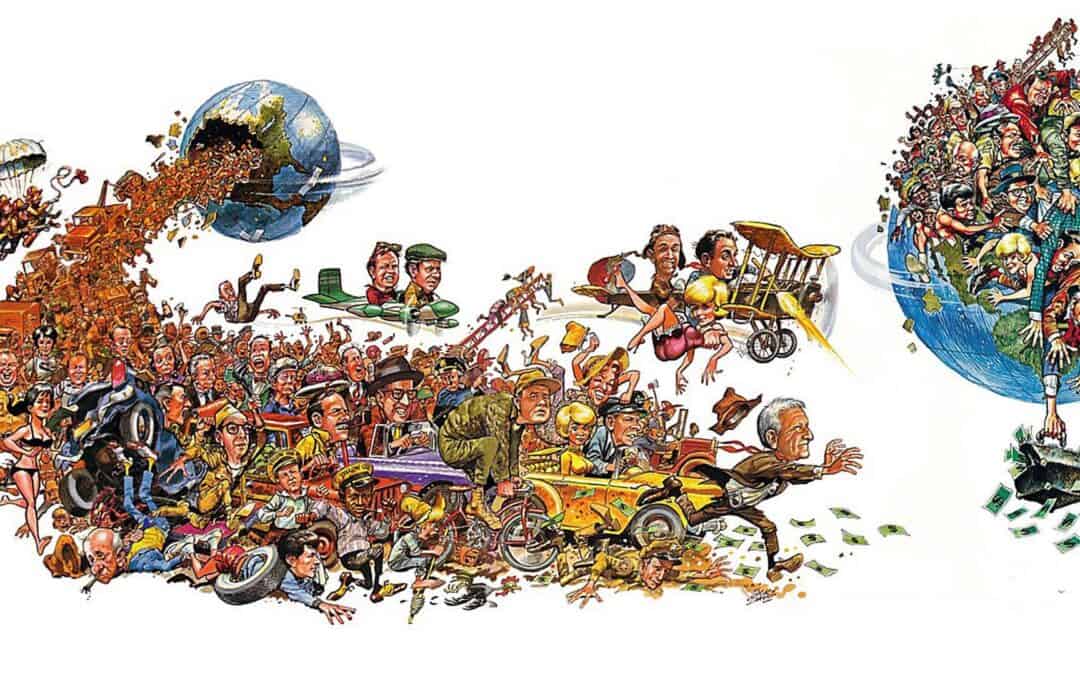 So what is the crazy du jure? Well, the US and probably other countries are realizing what was obvious to anyone who cared to think about it: if you shut down industries, print money, pay people to stay home and otherwise disrupt and destroy supply chains you get price increases, delays and shortages. As if labor wasn’t tight enough, vaccine mandates are driving more people out of the work force.

One of the scariest phrases is “I’m from the government and I’m here to help.” When I heard Biden was going to get involved in the supply chain issues, particularly the ports on the United States left coast I knew it was only going to get worse.

But I don’t have the experience in supply chain management that Biden and Harris do. Wait, scratch that, as a kid I worked in a warehouse shipping packages for four summers. Not stellar credentials in supply chain but four more summers experience than these public “servants” have.

Forgive me for repeating myself when I use the phrase government dysfunction. When it became apparent Biden was going to occupy the White House and the blue team was going to have both chambers of congress I thought it was going to be bad. Really bad. I thought it would be bad because I don’t think that taxing, regulating and spending work and that is pretty much all Biden can or would do.

If you do think that taxing, spending and regulating work then we’ve been deprived from the socialist paradise by two moderate Democrats (or if you’re from New York or California, right wing extremists).

I am waiting for the other shoe to drop because Senator Joe Manchin a blue team member from West Virginia and Kyrsten Sinema, another blue teamer from Arizona are actually doing things I don’t wholly disapprove of. Or to be more precise they are not doing things.

That is the standard I have for politicians: did they do one or two things I don’t wholly disapprove of? If so they’re doing pretty good relative to their peers.

When his wife was appointed to a federal position that pays some $163,000 per year for public “service” I thought for sure Manchin was bought and paid for and would march to whatever beat Biden (who whomever is actually in charge of the executive branch) drummed.

But so far he hasn’t.

Manchin has put the Kibosh down on ending the filibuster (which is a racist Jim Crowe relic when anyone but the Democrats use it), he’s stopped the IRS from violating the fourth amendment by being able to snoop on anyone’s bank account with more than $600 $10,000 in transactions in a year, which is basically everyone not on welfare. He’s stopped the carbon tax and done some other good stuff. I didn’t realize there were still moderate Democrats but there is Joe Manchin.

Kyrsten Sinema gets some credit too. See? I can say something nice about Democrats.

Politicians always fail us, usually miserably, so I’m sure it is only a matter of time before Manchin and Sinema are brought in line and they click their heels like a good party members and do as they are told. But not so far.

President’s who don’t accomplish anything are great. Gridlock in Washington is great for ordinary Americans. If Biden turns out to be a lame duck that would be fantastic. If you’re on the government dole it is a bummer, if you’re connected with the right folks in government you might not make another few million which is a bummer, but I’m convinced that for everyone else government inaction is a real plus.

But even still it was a disaster. Incompetent leadership is not without its costs, some of which are deadly serious.

I’m not a military man (and neither is Biden) but why wouldn’t you make sure the US civilians (and Afghan allies) were evacuated PRIOR to withdrawing most of the military? I don’t think you need to have gone to West Point or the Naval Academy to have that instinct. What happened over there makes no sense to me.

Seeing desperate Afghanis clinging to airplane landing gear so they would not be left behind to be killed by the Taliban was disturbing and horrifying. But perhaps the worst was when the United States government killed an innocent family of 10 including 7 children.

That combined with how he is “handling” COVID-19 and the economy I think Biden’s prospects at a second term, should he decide to run, are not great. Disclaimer: “In my opinion the President has more power than he should have but less than people realize. The President gets blamed when the economy is doing poor and gets credit when it is doing well. But it’s all unwarranted.” But while not impossible (as we’ve seen with Jimmy Carter, George H.W. Bush, and Trump in recent decades) it is tough to beat the President in an election.

Regardless I expect the blue teamers to do poorly in the mid-term elections. My political predictions haven’t been stellar, but if history is any guide the party occupying the White House tends to lose ground in the next election cycle, and with Biden being less popular than most things (ok that link is to a satirical news site), I don’t expect 2022 to be any different. At this point in my life, I would be content if no new laws were passed and the government was in deadlock. When either party gets control particularly bad things happen.

Gold Has Failed as an Inflation Hedge

This has been a real bummer because I’ve written about gold a lot. I’ve written about how I think it is an important part of a diversified portfolio. Well inflation is here and gold hasn’t done much of anything. Stocks are up, real estate is up, Bitcoin and Ethereum are up, plywood is up, Costco has reinstated paper towel quotas, even $163,000 a year isn’t enough to buy a US Senator anymore, the CPI for goodness sake, a metric seemingly designed to not measure inflation is up. It seems like the price of everything is up, except gold. Gold is not up. Maybe it is a “barbarous relic”. If you own any I wouldn’t sell it, but it has been a disappointment.

I still think gold is important. It doesn’t have counter-party risk, it’s been subjectively valued for thousands of years. It’s not liable to get replaced by Bettercoin 2.0 like Bitcoin is, but I would have expected it to go up more during COVID times.

The World Has Gone Mad

The world has gone mad, but it didn’t happen in 2020, it happened much, much earlier. Twenty-twenty was certainly crazier than other years but it could have been worse.

I don’t mean to downplay these past few years for those who have lost loved one or who have had their life dramatically impacted by COVID-19 and the ensuing government response. Almost 5 million people worldwide have passed as a result of COVID-19. If you’ve lost a friend, family member, co-worker, teammate or anyone else due to COVID-19 it is not a statistic it is a very real tragedy. If you’ve lost someone because they couldn’t get preventive care or screening because of the lockdowns, if they committed suicide as a result of the social isolation resultant from social distancing policies and lockdowns, if they’ve lost hope because of job losses these are all real tragedies. Perhaps you yourself are suffering. These are all real and tragic realities that we’ve all been coping with to one extent or another.