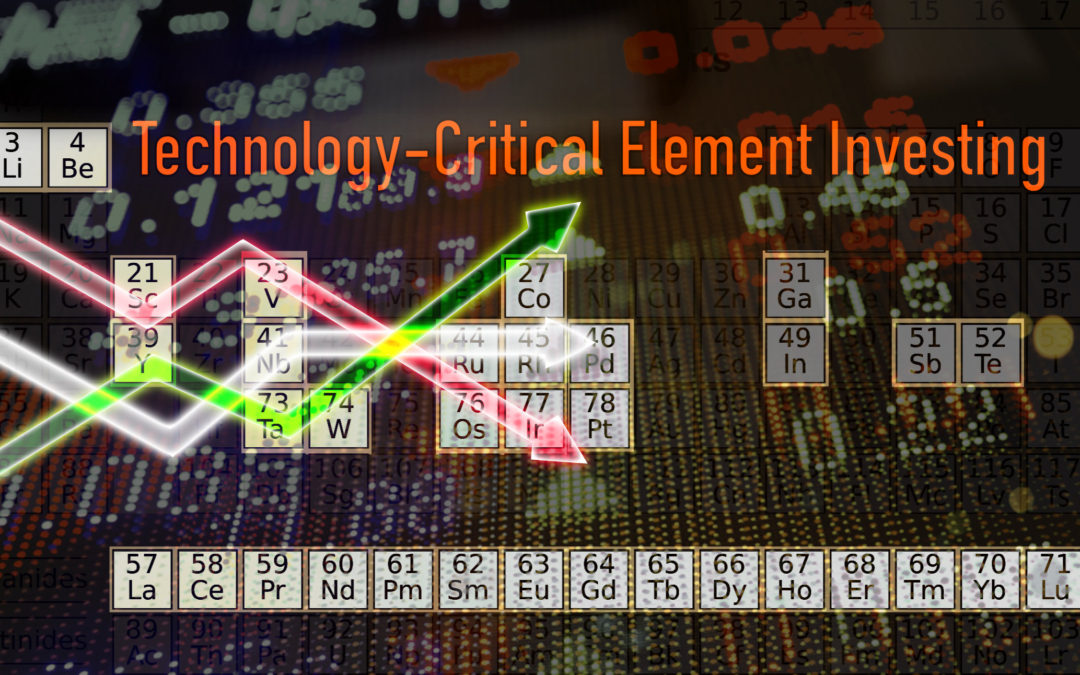 Lithium, rare earth metals, vanadium, tungsten, palladium, and other platinum group metals are some of the technology critical materials that could be impacted by tariffs and the trade war.

For example lithium is used in lithium ion batteries, which can be found in cell phones, computers and even electric cars.

So investing in rare earth and strategic metal miners outside of China could be a good play, as they will have a lot more business when they no longer have to compete with China.

Of course a big risk for investing based on this information is that the trade war could end peaceably and these stocks drop in value.

One miner I like is Largo Resources Ltd (OTC: LGORF, TSE: LGO). Among other elements Largo mines vanadium, tungsten, palladium and platinum. The stock is included in rare earth ETFs such as REMX .

Largo is cashflow positive, the enterprise value to market cap ratio is under 1, the operating margin is great, return on equity over the previous twelvemonth is stellar.

The main downsides from a value investing metrics perspective is Largo Resources doesn’t pay a dividend and has a negative 5-year return on equity.

I’ve learned from my previous picks, specifically PGI and ALO, that these small cap mining stocks can move a lot. They are risky. I rule I have for myself is to allocate no more than .25%-.5% of my liquid net worth to one of these small cap value stocks.

Disclaimer: John owns shares of LGORF and may increase his holdings in the near future.

I’ll be sharing a few of my other picks that I think will benefit from a trade war–while still being a good value even if Trump and China shake hands and make up. But I’m only sharing these picks with subscribers to my email newsletter, which you can opt-into below: