Downfall of the US Dollar

The United States dollar has the privilege of being a widely used currency even outside the US. However, over a hundred years of failed policy, bad laws, and poor decisions have primed the downfall of the US dollar.

The US dollar is often referred to as the “world reserve currency”. For example, if a company in Canada were to buy something from China, it would not be uncommon for the exchange to be priced in dollars.

Oil is priced in dollars and despite efforts to move to renewable energy the world economy is (and will continue to be for some time) very reliant on fossil fuels.

This dollar dominance has given the United States a great advantage.

The global demand for dollars has helped keep the value of greenbacks up despite unprecedented US central bank manipulation in the form of trillions of new dollars being created.

Normally the creation of new dollars (inflation) would cause a great deal of upward pressure on consumer prices once these newly created dollars find their way into the real economy.

But because of the global demand for US dollars and US government debt these newly created dollars are exported throughout the world lessening the impact of inflation.

The Dollar Doesn’t have the Fundamentals it once did 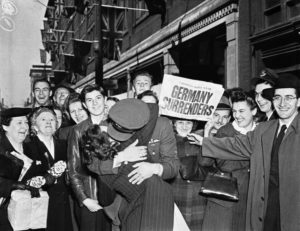 There are a variety of historical reasons why the United States dollar was made the “world reserve currency”.

The 5,000 foot view is that at the end of World War II the United States had the most productive and largest economy in the world and US dollars were backed by gold.

I would venture to say that none of these reasons apply anymore. 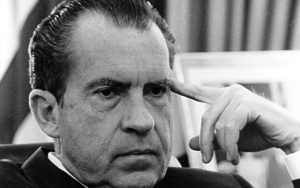 The United States defaulted when President Richard Nixon took the gold backing from the dollar.

The United States effectively defaulted when it went off the gold standard in 1971 in what is known as the “Nixon Shock”.

Depending on what metrics you look at China has surpassed the United States as the largest economy in the world.

Dollars are not a good store of value and the US banking system is a pain to deal with. As an example, French bank BNP Paribas was fined $9 billion for violating US laws regarding who they could do business with.

There is Nothing Exceptional about the US Dollar

In history there are other examples of dominant countries with the privilege of internationally recognized currencies.

Dating back to first century Rome and the aureus, the solidus of the Byzantine empire, the Spanish dollar backed by the mighty Spanish fleet, the dominance of the British pound in the 19th and 20th centuries, and now the US dollar in the 20th century. Each of these powerful empires rose and fell and with it went their currencies.

The Days of the Global US Dollar are Numbered

The days of the US dollar as a world reserve currency are limited.

The United States was once a business friendly environment that allowed entrepreneurs to thrive and bring unheard of prosperity. The United States of today has a labor force participation rate at multi-decade lows, a lack of manufacturing, stifling regulations, the highest corporate tax rate in the world and a hopelessly manipulated fiat currency.

Countries are Already Looking for Alternatives to US dollars

German economist Ernst Wolff has talked about how smaller countries already tried to break from US dollar hegemony with lethal results.

Saddam Hussein of Iraq wanted to sell his oil for euros. Muammar Gaddafi of Libya wanted to introduce a gold backed currency. These men ended up dead.

Russia and China and other “BRICS” nations would benefit from moving away from dollars. They have already moved to trade more in the ruble and yuan rather than the US dollar. No doubt China and Russia would love to see the downfall of the US dollar.

It’s also possible, although this is just my own speculation, that China is positioning its national currency, the Yuan, as the replacement to dollars as the world reserve currency.

China’s documented actions, like importing and mining metric tons of gold and lobbying for and inclusion in the International Monetary Fund’s (IMF) basket of currencies, support this belief.

Because the dollar is a fiat currency it’s value is dependent on the strength of the United States economy, the political stability of the country, and the military power of the US armed forces. All of these factors are in decline.

As flawed a metric as it is, it’s worth noting that US average annual GDP growth has been on a downward trajectory for some time.

This election has surpassed the last presidential election in divisiveness. The level of political discourse seldom gets above name calling and personality. Discussing ideas and principles is an afterthought. Corruption and cronyism are rampant.

The United States military is a bloated mess. The US spends more on defense than the next seven combined. Despite this the military is bogged down in failed projects like the F-35 and hopeless engagements in the middle east.

The process of US decline has been ongoing. The downfall of the US dollar is not because of one particular event, but the cumulation of many bad policies and decisions.

One can look at a variety of events, the creation of the Federal Reserve in 1913, the Federal income tax, growing national debt, the post World War II perpetual warfare state, the Nixon Shock of 1971, the Iraq war fiasco, Federal Reserve actions in 2000 and 2008. Historians will debate what went wrong.

Don’t expect the fall of the US economic might to happen overnight. It’s been an ongoing process where one bad decision leads to another.

As this happens it will cause increased price inflation in the United States and the impact of US Federal Reserve recklessness will be more keenly felt.

It could be that 10, 20 or 50 years from now people look around and realize the United States is no longer the superpower it once was.

How I Protect Myself from the Downfall of the US Dollar 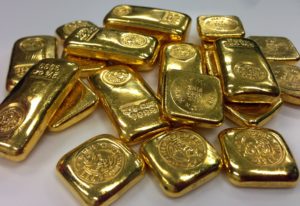 The downfall of the US dollar informs some of the investing decisions I make. I’m investing in physical gold, gold mining stocks, and quality foreign stocks trading at a discount. I’m also dabbling in blockchain investments, despite the added risk in that arena.

One of the easiest and in many respects best ways to buy and store physical gold is by opening up a Goldmoney personal account. To learn more about this opportunity and sign up for account, click here.