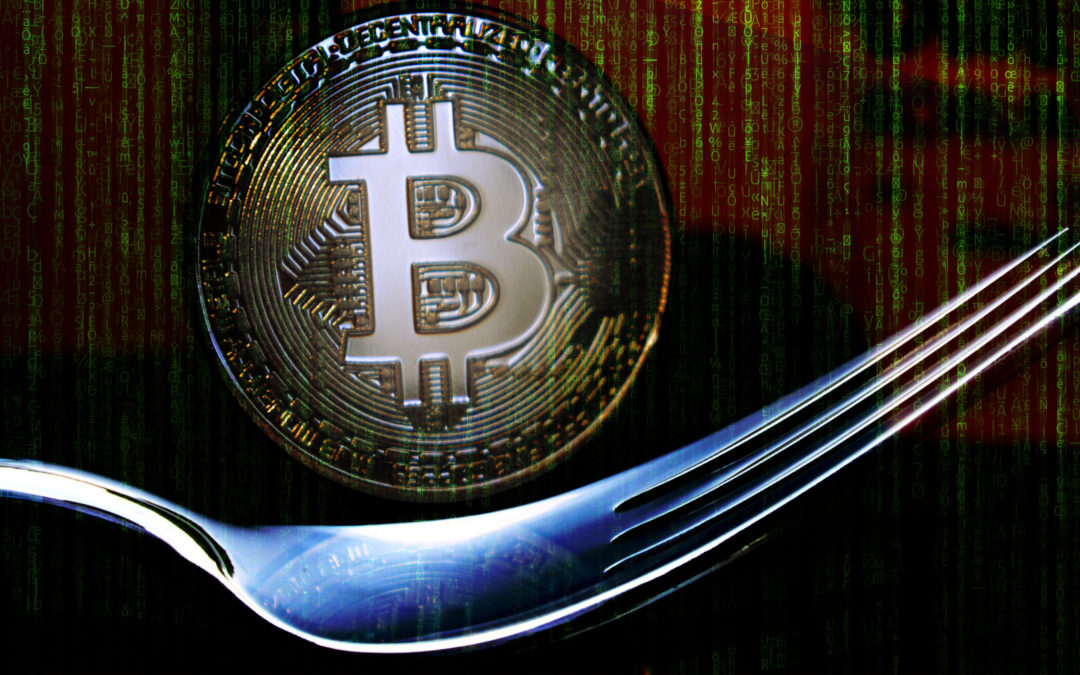 8 November 2017 Update: The fork that was supposed to  happen has been called off. It was decided there was not enough support.

Here are some other opportunities you don’t want to miss:

Passive Income on EOS by lending with REX

A Bitcoin Arbitrage Fund with a 10% APR

Bitcoin is likely forking again as a result of new code known as Segwit2x. Forks are negative for a cryptocurrency from a store of value perspective because they are essentially inflationary. However, this could present an opportunity similar to when Bitcoin forked to create Bitcoin Cash (BCH).

In theory, if a cryptocurrency hard forks it should reduce the value of one currency by the amount gained by the other. So if the market cap of Bitcoin is $6,000, it forks, and the new crypto is $500 the “original” BTC should be worth $5,500 all else given. This is similar to how dividends work with companies, where the value of the share is automatically reduced by the amount of the dividend. Now there are two cryptocurrencies instead of one, which compete for market share.

I’m skeptical of Bitcoin in particular and cryptocurrencies in general. However, I’m willing to try to profit from them provided I only use money I can afford to lose. People who bought into bitcoin when it was trading for a few dollars have made a fortune with BTC trading upwards of $7,000. A new hard fork is scheduled to happen on November 16 called Bitcoin2x (B2X). It is another attempt to address some of Bitcoin’s shortcomings.

This fork is somewhat unique because it might not be a fork at all, at least practically speaking, because everyone might switch over to this new Segwit2x code.

But this could an opportunity to get some “free” coins–albeit not without significant risk. Simply buy some BTC on coinbase and then transfer them to your account on GDAX (run by the same folks who run Coinbase). GDAX has already indicated they will credit accounts with BTC with an equal amount of B2X.

So, if you were to have 1 BTC, after the fork you would then have 1 BTC and 1 B2X. It is my opinion that B2X will probably not be worth as much as the BTC, but will still be valued and it is “free” money.

Some of the Risks with Segwit2x

There is certainly a lot of risk with cryptocurrencies and they increase during hard forks. Here are the possible scenarios:

2) Bitcoin does not fork, B2X is not adopted

3) B2X is adopted, and everyone switches over to it

I don’t have an opinion on Segwit2x as a technology at this time. In either of the three scenarios the desired outcome (as far as my strategy goes) is for the overall value of the BTC and or B2X to be higher than it is now.

So it’s certainly not a strategy for widows and orphans. But I think it is worth considering. I took this approach when BTC forked to create Bitcoin Cash (BCH) and it worked out for me.

It’s important to make sure you have BTC in GDAX or another location where you will be able to take advantage of the fork and that your BTC is there by the 14th or 15th (fork will likely happen at some point on the 16th).

As always I’m not recommending any particular course of action or strategy. You need to make up your own mind.

If you already own bitcoin, you might consider ensuring that they are held in an exchange that will support B2X, so that you get this “dividend” as some are calling it. If you don’t have any Bitcoin and would like to buy some, you can do so AND at the same time support this site. Simply buy $100 or more of BTC using this Coinbase referral link. If you do we’ll both get $10 worth of BTC. Not bad.

The Bitcoin Segwit2x is risky, but recently it seems like all news is good news for Bitcoin and despite large setbacks Bitcoin continues to rally higher.