If Central Bankers tried to Build a Fire

The central bankers have never built a fire, but they went to Harvard and Yale so they’re smart and they are certain they can figure it out.

“Great idea!” says the Yale grad, “Whenever I see a fire, there is smoke. I saw a video of a building burning down once and I could see the smoke long before I saw any flames.”

“I’ve seen that as well. Smoke obviously causes fire, so if we get enough smoke I’m sure we’ll have a nice fire going in no time.”

So the central bankers asked someone else to stack up some firewood while they figure out a way to get smoke onto the firewood. They have a few hours before dusk, more than enough time to smoke up a nice fire.

They rig a hose up to the exhaust of one of their vehicles and feed the exhaust smoke over to the firewood.

They try revving up the engine to get more exhaust smoke onto the firewood. They try a diesel engine from one of the other cars.

They continued to feed smoke into the firewood, confident that if they just got enough smoke a fire would ignite.

The people setting up the tents and preparing the food looked over and see all the smoke. “They must have a large fire going!” said one person preparing some beautiful steaks. “I can’t wait to cook these up and eat!” 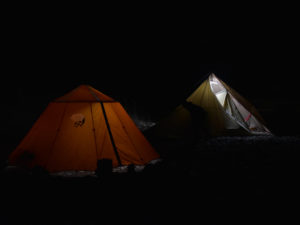 But despite creating an unprecedented amount of smoke the central bankers are not able to start a fire.

The sun set and darkness falls on the campsite. They aren’t able to cook the steaks so the food is wasted, the cars are out of gas and everyone goes to bed hungry and frustrated.

As they drift off to sleep the central bankers sigh, “If only we’d been able to get enough smoke onto the firewood…”

Central Bankers in the Real World

The logic of central bankers is completely backwards.

Fires often have smoke. However, smoke does not cause a fire to burn. Smoke is a side effect of fire.

Similarly, when an economy is humming along rising consumer prices can sometimes be observed. But rising prices are a side effect and not the cause of a healthy productive economy.

There is nothing particularly helpful to an economy as a whole about rising consumer prices (some of America’s most prosperous years were during periods of falling prices). Most recently the computer industry and cell phone industries have grown and expanded despite the price of computers and cell phones falling.

However, central bankers mistake a side effect for the cause, and they believe price inflation is what causes economic growth.

It’s an idea so absurd that only someone with a Ph.D in economics could come up with it.

If a non-Ph.D went around saying that the key to economic growth is to make things unaffordable people would rightly think that person was crazy just like people would think it’s crazy to try to start a fire with smoke.

There has been unprecedented central bank intervention in the economy. Interest rates were at nigh zero for roughly 8 years following the 2008 financial crisis (which was also caused by central banks). This is the economic equivalent of blowing smoke onto firewood to create a fire. It wastes resources and time and it causes damage with no benefit.

Often people will point to the historic highs of the stock market and low unemployment as evidence of a recovery. However, people dropping out of the labor force causes the unemployment rate to go down and if one person loses a full time job and gets 2 part time jobs that counts as a net job gain.

While the US stock market is at all time highs, this provides little benefit to people who don’t own stocks. It is also of little benefit to people who own stocks, if they don’t sell the stocks before there is an inevitable stock market crash. Printing money (and it’s digital equivalent) out of thin air to buy US government debt, which lowers yields and incentivizes investors into stocks rather than bonds (which in many cases pay a negative real yield) does not make for a safer and healthier economy. Companies issuing bonds and borrowing money to buy their own stock back (thus raising the price) does not grow the economy. It does create a lot of paper wealth as well as a stock market bubble.

Because the high stock market value isn’t due to economic fundamentals, eventually the stock market will crash.

As long as central bankers continue to misunderstand what makes an economy grow, they will continue to pursue failed policies that waste resources, create financial crises and make recessions worse.