Trump is Beating the Fed like a Rented Drum Set 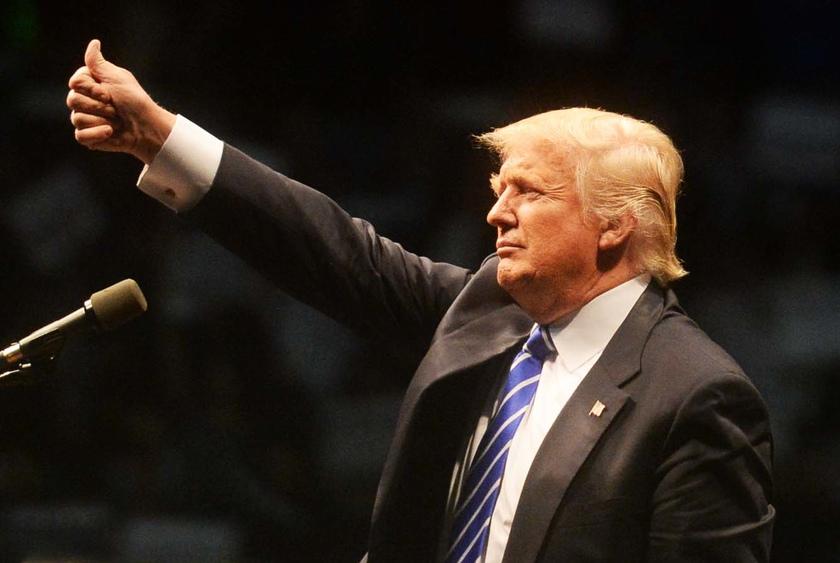 Despite the fact that he is now 100% complicit in blowing a giant bubble that will eventually destroy the US economy as we know it, Trump is looking like a game theory genius.

Before he took office Trump knew the stock market was in a “big, fat, ugly bubble”.

Of course after he took office that capacious and ill-favored looking bubble magically transformed into a beautiful example of legitimate growth thanks to President Donald J. Trump parking his rump in the oval office. But I digress.

I thought the powers that be were going to crash the stock market in time for Trump to be defeated by whichever Democrat candidate manages to climb over the metaphorical bodies of the other ones.

After all, President Obama got a sweetheart deal from the Fed in the form of the lowest interest rates for the longest amount of time ever.

Meanwhile Trump got the beginnings of a tightening cycle. In other words, under Obama everyone got drunk and partied, but when Trump took over the booze started to get packed up and the markets began to sober up with a nasty hangover.

However, by using tariffs Trump is forcing the US Federal Reserve to cut interest rates. This will re-inebriate the markets and probably ensure his re-election.

Trump will keep doing erratic tariff threatening, forcing the Fed to lower rates, until rates are as low as Trump wants, then he’ll declare victory in the trade war. The removal of the trade war worries coupled with low interest rates would rally the markets skywards like bubbles in a tornado.

Trump has found a way to avoid being the bag-holder of the next stock market crash, at least until his second term.

At least that is the theory to which I subscribe.

The Fed Doesn’t Want to be Blamed

One potential problem with this theory is that if the Fed really was out to get Trump, they could simply ignore his antics, hike rates and that combined with the tariffs would cause the markets to sell off, a lot, and probably trigger the next great depression and ensure that Trump couldn’t win the 2020 election against the devil himself.

However, Trump has talked about the Fed a lot, and put them more in the spotlight, so if the markets do crash, they might be afraid that Trump will successfully be able to blame them. So while the Fed would like to tighten, and lay the blame of the market crash at Trumps feet, they are afraid of Trump on the bully pulpit saying that the Fed crashed the markets and causes the recession.

So they essentially are caving to his desires to avoid being perceived as the bad guys. I think this explains why, against all conventional wisdom, with the markets at all time highs, price inflation as measured by the CPI near the 2% target, and low unemployment, the Federal Reserve cut rates.

If they had continued to tighten, while Trump was complaining about them, they might get blamed and they can’t have that.

At the same time they don’t want to look like they are not “independent” as they are so proud of claiming, so they can’t do the full 50 basis point cut and start easing, as it will look as though they are just following orders.

Consider that yesterday, July 31st 2019 Powell’s Fed cut rates by 25 basis points, but indicated it was basically a one and done insurance cut and not the start of a new easing cycle.

Mr. Market didn’t like this and sold off with only a modest partial rally going into the close as you can see from the SPY chart below.

Now at around 10am on August 1st the S&P 500 had rallied back to about where it was before Jerome Powell spoiled the party with a paltry 25 basis point cut and jaw-flapping about this not being the start of a new easing cycle.

Trump is fond of taking credit for the stock market highs, as Presidents are wont to do, so he wouldn’t throw cold water on the post rate cut rally, right?

By announcing new Tariffs on China he stopped the rally dead in its tracks.

Why? Because Trump wanted the Fed to cut 50 basis points and he wants an easing cycle.

So the market tanks down even lower than it was before, and the odds of a rate cut in September increases from less than 50% up to 84%!

I should be mad at Trump for encouraging bubble blowing and what is incredibly destructive economic policy, but I have to admit I’m impressed with his gamesmanship.

A lot of people can’t see past Trump’s third grade vocabulary and “unpresidential” comportment–this causes them to underestimate him. I think Trump is good at persuasion and he understands perception and negotiation.

If it continues to work I think he’ll be re-elected. Of course it means that the day of economic judgment, while postponed will only be worse later.

On the bright side, investments in gold are looking quite shiny. And if the market doesn’t crash on Trump’s watch free markets won’t get wrongfully blamed.

Even though laissez-faire he is not, Trump does represent capitalism in the minds of many, and if the market crashes on his watch the United States will unfortunately pivot violently even more to the left.