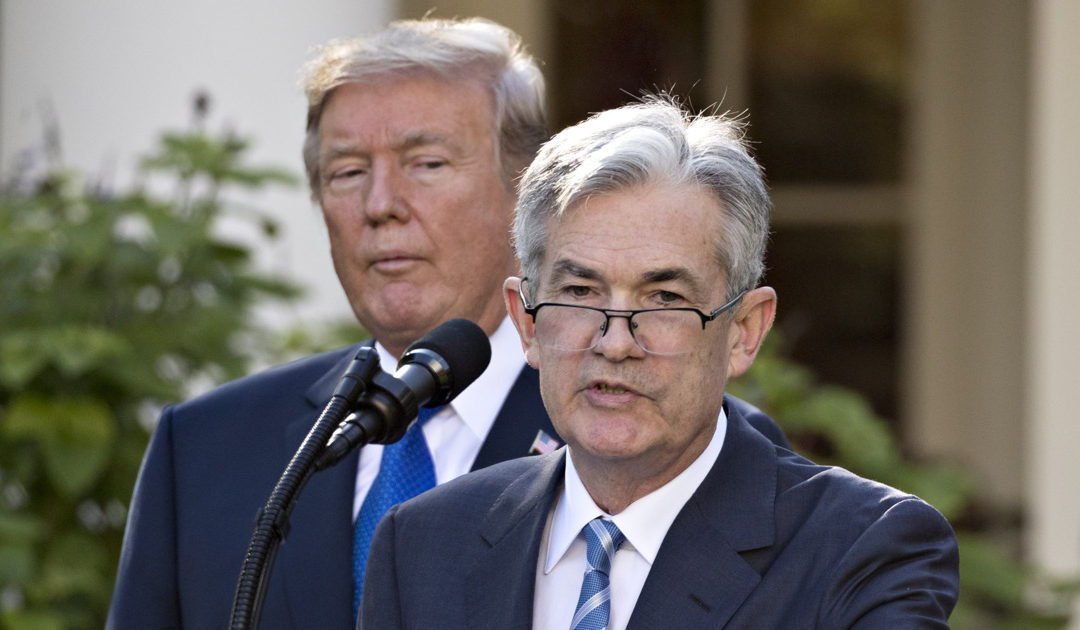 Stock valutations in the United States are no longer driven by profits, future earnings, productivity or any other free market measure of value. Instead they are controlled, in practice by President Donald Trump trade war tweets and Fed Chair Jerome Powell’s comments about future interest rate levels.

These two economic central planners met on Monday the 18th to talk about “Everything”.

“Trump called the meeting ‘very good & cordial,’ adding that ‘everything was discussed,’ including interest rates, negative interest, low inflation, easing, dollar strength, and its effect on manufacturing, trade with China, the EU ‘& others, etc.'” (Emphasis added)

Powell sounded like a 3 year old parroting some rehearsed line, stating monetary policy will be set to support maximum employment and “stable prices”.

The Fed’s target for price inflation is 2%. Which means that the value of a dollar will be cut in half in about 36 years. This is hardly what I would consider to be price stability.

Do interest rates need to be below the level of inflation in order to support maximum employment?

A Health Person on Life Support

Interest rates are at 1.75% and central bank balance sheet growth has resumed. These are the kind of extraordinary life support measures seen during economic crashes and recessions.

If the economy is healthy, vibrant, growing and strong you don’t need to pump it up with stimulants and preventative measures. Yet these extraordinary measures have been going on for a decade.

Say you have a patient in a hospital. The doctor says they are fine and doing great. However, we’re going to pump them full of antibiotics, keep a morphine drip and IV going, and hook them up to an iron lung, “just in case”.

You would rightfully be suspicious of that doctor. If the patient is fine then why do they need all of those extraordinary life preserving measures?

It seems clear to me the Fed is keeping interest rates low for some reason other than price stability or supporting maximum employment.