US Economic Fundamentals are not Strong

Some people think the United States economy is doing well. The unemployment rate is low. Major US stock indices continue to rise.. There has not been hyperinflation of consumer prices.

So one might be tempted to think the economy is doing pretty well and everything is good and normal. I don’t think this is accurate but I think it is important to look at some of the measures that do seem to support the view that the US economy is on strong ground.

The following are some facts that people will point to when they say that everything is fine.

US Stock investors have been handsomely rewarded since the lows of the 2008 financial crisis.

Led by darlings such as Apple, Alphabet (Google), and Amazon, the NASDAQ composite has reached new all-time highs.

The S&P 500 has been on a tear, also making new highs without any significant corrections. 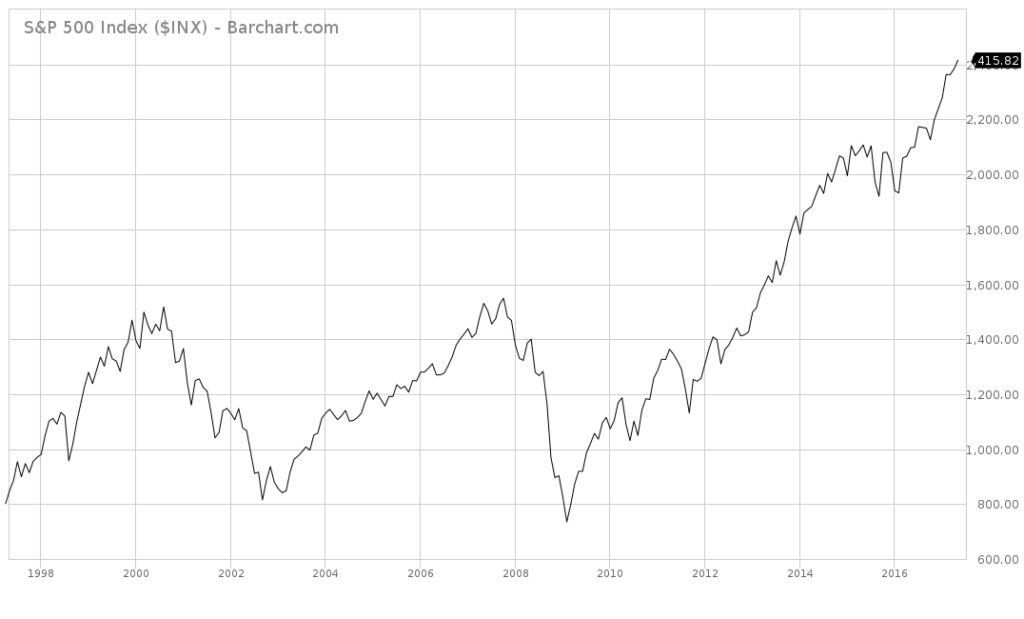 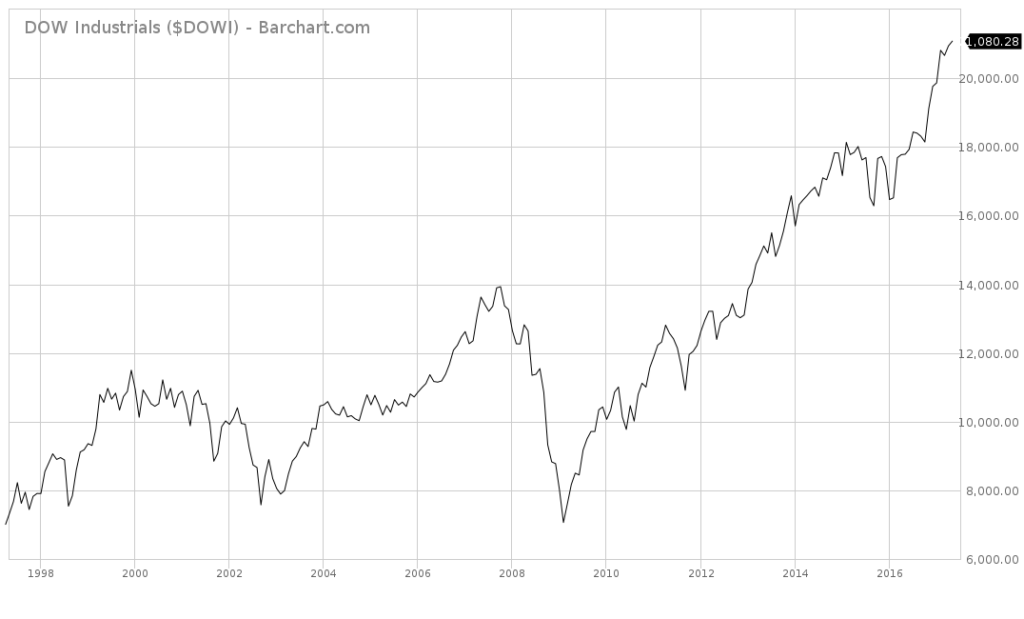 The Dollar is Relatively Strong

Despite unprecedented central bank intervention and record US debt the US Dollar Index is holding.

US GDP Continues to Rise

The unemployment rate is below 5%.

But if you look a little deeper than the headlines there are systemic problems in the United States economy.

A lot of People Aren’t Working

Just because the unemployment rate is low doesn’t mean people aren’t unemployed. If someone is unemployed for long enough, they simply drop off. If someone is fired from a good paying salaried position, and they get two new part time jobs, that is considered a net job gain.

The growth rate of US GDP has been trending down.

US Debt is Growing

US National debt is up to nearly $20 trillion, not counting the unfunded liabilities of Social Security and Medicare. Source:

It is politically impossible to cut spending. As Simon Black recently pointed out:

In 2016, for example, the government spent $2.87 trillion on Defense, Social Security, and Medicare, plus an additional $433 billion paying interest on the debt.

That totals over $3.3 trillion, which is more than they collected in tax revenue.

In other words all spending on the department of energy, education, homeland security, everything else besides defense, social security and medicare could be cut completely and there would still be a budget shortfall.

I believe it is politically impossible to cut social security, medicare or defense spending in the United States.

The Debt to GDP is Rising

The debt to GDP ratio is at levels not seen since the United States was fighting a World War in the 40s. Source: https://en.wikipedia.org/wiki/File:Public_debt_percent_of_GDP.pdf

The majority of State Pension funds are underfunded. 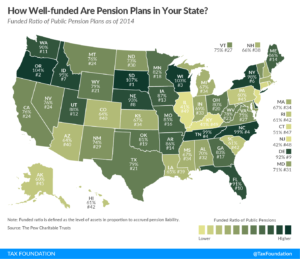 Social Security and Medicare are Underfunded

This isn’t some alarmist drivel. The people in charge of the Social Security and Medicare Trust Funds are issuing statements like following:

The US Economy isn’t Fine

So despite headlines like the low unemployment rate and stock markets making new highs that seem to indicate a recovery from the 2008 financial crisis there are systemic issues in the US economic system. I don’t think that the United States will be able to continue to borrow and spend without consequences. The fact as the United States has a printing press and the world reserve currency doesn’t mean it can borrow and spend forever.

There are ways to protect yourself but you have to be aware of the problems.