There is a lot I like about cryptocurrencies. Many cryptocurrencies seek to make money decentralised and wrest control from the central banks that have a history of devaluation and abuse.

But there are several things I dislike about cryptocurrencies. I see several problems with them as a long-term store of value.

“What is a Cryptocurrency Anyway?”

Bitcoin is the largest cryptocurrency but there are hundreds of others as well. If you’re not familiar with Bitcoin I provide some background here: “What is Bitcoin?”

I’ve presented what I think are superior alternatives such as Goldmoney.

1) They are centrally controlled

2) There are no natural limits on the quantity of cryptocurrencies

3) Cryptocurrencies have very low (or no) non-monetary use

The holdings of the cryptocurrencies are concentrated in the hands of the early adopters.

It is estimated that the mysterious creator(s) of Bitcoin, Satoshi Nakamoto, holds between 4-6% of all Bitcoin.

Ripple intends to hold onto 50% of all Ripple cryptocurrency. There are similar situations for altcoins as well.

I think it is fine and good that early adopters and founders reap more reward for investing in a technology–my point is that cryptocurrencies are not actually as decentralised as cryptocurrency advocates would like you to believe.

This control isn’t limited to who holds the cryptocurrencies.

The control also extends to how the cryptocurrency technologies will function moving forward.

People try to make arguments that cryptocurrencies aren’t centrally controlled and I’m not swayed by any of them.

At the end of the day cryptocurrencies are controlled by a small group of computer programmers.

What happens when cryptocurrencies actually behave in a decentralised manner? You get forks, like Ethereum Classic. Which brings me to my next point.

There are no natural limits on the quantity of cryptocurrencies 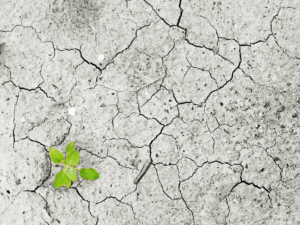 Like water in the desert, things that are both limited in supply and desirable tend to be valuable

I don’t have the knowledge or time to delve into the code of the Bitcoin algorithm but I accept on faith that because of how the bitcoin algorithm is written only 21 million Bitcoins will ever exist.

So in that way the quantity of Bitcoins are limited.

However, there is no limit to the number of “altcoins” or other cryptocurrencies that can be and are created.

There is Dash, Ethereum, Litecoin, Ripple, Monero and dozens of other altcoins you’ve never heard of. There are currently nearly 100 altcoins with a market cap over $20 million.

I’m all for competition and choice but when I’m investing in something as a long term store of value I want it to be limited in supply.

Furthermore, if the cryptocurrencies actually behave in a decentralised manner, you sometimes get hard forks.

There is a cap on the maximum number of Ethereum that will ever be in circulation–but after a hack related to the “DAO” Ethereum forked and a new cryptocurrency was created called Ethereum Classic. This fork effectively doubled the number of Ethereum in existence. 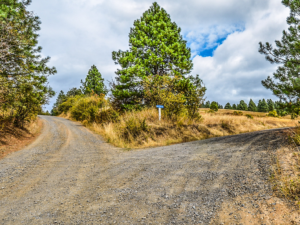 As a brief background, someone the “DAO” which was one of programs on the Ethereum network and stole a lot of Ether.

Ultimately a hard fork ensued and people who didn’t want to reverse the transaction got Ethereum Classic and those that followed the Ethereum Foundation and Vitalik Buterin remained on what is called Ethereum.

There is also talk of a fork in Bitcoin which would have a similar result: two different flavors of Bitcoin when before these was only one. In effect a doubling of the number of Bitcoins.

Cryptocurrencies have Very Low (or no) Non-Monetary use

I’m not going to flat out say that cryptocurrencies like Bitcoin have zero non-monetary use.

Although if you wanted to round down zero would be accurate.

Some people probably purchased Bitcoin as a political statement or way of saying that they didn’t want to be a part of a government controlled currency system. That is a non-monetary use.

But I think that use value is fairly low. Physical US dollars have non-monetary uses, like kindling or tacky wallpaper, but again that use value is very low and there are much better alternatives that accomplish the same thing.

Some people don’t think it matters that cryptocurrencies have little to no non-monetary use. For a time it probably doesn’t matter. People can subjectively value whatever they want. Otherwise you can’t explain why some works of modern “art” are sold for such high prices. But the question is will that subjective valuation be likely to hold?

Fiat currencies have little to no non-monetary use and how have they fared?

The British pound Sterling, founded in 1694, is the oldest fiat currency in existence at 317 years. Most fiat currencies don’t last long.

But I had better stop myself there rather than jump back into a gold versus bitcoin debate.

I don’t see how cryptocurrencies, that have very little non-monetary use, will fare better than government issued fiat over the long term.

Some of the other shortcoming of cryptocurrencies are related to security and ease of use but I think those issues are sufficiently manageable.

I just don’t think the coins themselves are a good long-term store of value.

Just because there are things I don’t like about cryptocurrencies doesn’t mean I won’t use them and profit by them.

I own several flavors of cryptocurrency because I believe that they will be worth more in the future than what I paid for them. I also like to take advantage of the price differences on different exchanges.

I will be writing a future article entitled “Why I Like Cryptocurrencies” where I go into more detail about what I do like about cryptocurrencies.

What do you think of cryptocurrencies? Do you currently own any?