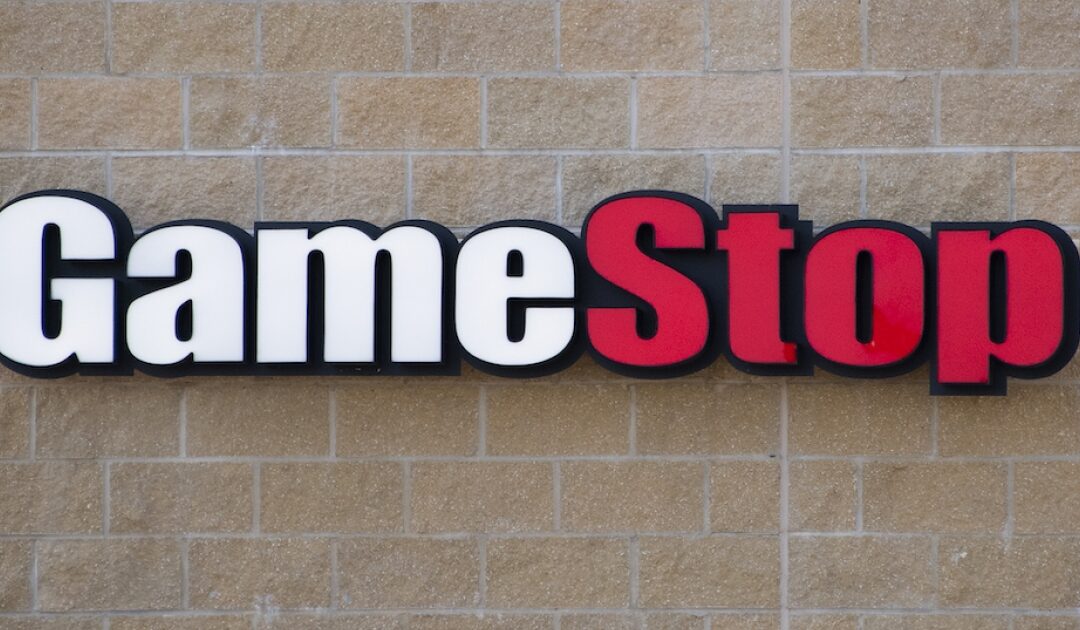 stonk: A term to express a financial decision that resulted in financial gain. Mostly used ironically.

For those of you not familiar GameStop is a brick and mortal video game retailer. Its stock had been heavily shorted by hedge funds. I heard that hedge funds were at one point short 150% of the GME stock in existence. How that is legal or possible is beyond me. That was the background. If the hedge funds had not been so short GME, this would not have happened.

But that is just the scene. Enter the main actors: a group of people on the reddit forums decided, for various reasons, to buy GME. The result triggered a massive short squeeze and stock price melt-up. In the course of 10 trading days GME went from around $30 to as high as $513 per share. It has cost hedge funds a lot of money as they’ve been forced to cover their short positions and buy the stock at the higher prices.

Several brokers halted GME trading or placed restrictions on the types of trades that could be made, angering (rightfully so) their “customers”.

I don’t know the reason reason why trading was halted by some of these brokers. It could have been for very innocent and good reasons on the part of the brokers to limit their risk. Other theories alleging nefarious intent abound. Did some of these hedge funds call in a favor? Was trading halted to tank the price so the hedge funds could cover their shorts? Who knows?

The volatility seems to have spilled into other markets as well. Major indices were down on the week–seemingly because hedge funds had to liquidate other holdings to cover their short positions.

It’s been a crazy week.

Here is an anecdote: I was in a company meeting (at my day job which has nothing to do with finance or investing) and the CEO was talking about GameStop. One employee mentioned a friend who was up over $100,000 in GME gains.

I hope they know when to sell.

Is the GME situation an extreme example of the broader trend?

Of course it isn’t just retail investors. Institutional investors have low interest rates, are seeking returns, and have driven up asset prices beyond what I think the fundamentals would otherwise warrant. Sure, the institutional investors are supposed to be the “smartest folks in the room”. But they were also behind the dot com bubble and the housing bubble. So don’t tell me they don’t chase returns or make irrational decisions.

I have many reasons for believing assets are overvalued. I’ll just share one at this time, the Shiller PE ratio for the S&P 500 (shown below). The only time it has been higher is at the peak of the dot-com bubble in 2000.

I do think this short squeeze is a healthy thing. Some of these hedge funds are getting beat at their own game and getting taught an important lesson in risk management. It’s also got to be humbling for these hedge fund types to get beaten by the retail investors that they seem, in general, to have a lot of contempt for.

On the flip side it is absurd. As of writing this GameStop now has a market capitalization of $22.6 billion. The market cap was just $1.3 billion on December 31, 2020.

The rapid increase in market cap has nothing to do with GameStop as a company. As billionaire hypocrite Warren Buffet once said: “In the short-run, the stock market is a voting machine. Yet, in the long-run, it is a weighing machine.” So what we’re seeing right now is many people voting for GameStop. But the “weight” of the stock has not changed.

Maybe people start buying more video games at GameStop. Maybe GameStop issues more shares at these high prices to raise capital, revamp their business model and they become a company whose fundamentals support a $22 billion or more valuation. I think this is unlikely.

But maybe none of that matters. People can subjectively value whatever they want. I don’t think that Bitcoin’s market cap of $645 billion makes sense but the market disagrees with me. Those buying into bitcoin back when it was just a few bucks and held to this point are sitting on tremendous profits. Bitcoin means a lot of different things to different people and as long as there is demand for BTC the price will be what it will be. If there was a special kind of dollar bill, people might be willing to pay $2 for it. Maybe GameStop will represent sticking it to the man and people will buy it just to participate in that movement. Maybe people will just buy it “for the lulz”.

As long as people value GameStop it can stay high.

What Does it All Mean?

In the short term fundamentals don’t matter. GME is exhibit A. People can subjectively value whatever they want. But in the long term I believe fundamentals do matter. What we are seeing, and have seen, is a lot of price action devoid of fundamentals. GameStop is an extreme example of this price action, but I think the same principle applies in a variety of markets and assets.

But for someone blessed enough to have assets to invest, what can you do?

Cash and even bonds are going to get destroyed by inflation over the long term. I like gold and silver as an asset and I think having a 10-20% allocation to these assets makes sense but they don’t provide growth or income in the way stocks do. Real estate, particularly residential and farmland, could be a good play, but there is a high cost of entry. There are REITs, but a lot of the tax benefits from investing in real estate come from directly owning the property and you can’t buy $10,000 worth of an apartment complex. (Although if there is a way with WITH the tax benefits please let me know!)

I think there is a place for cryptocurrencies although it is still a very young and volatile market segment.

The “big three”: S&P 500, Nasdaq and Dow Joes are all negative for 2021. There is reason for caution. But I’m looking for opportunities to buy into stocks. I think stocks are overvalued. But I don’t think avoiding stocks is a viable option. If stocks do tank, I believe the Federal Reserve will print as much money as possible to prop up prices, even if it means it destroys the value of the dollar.

Although it might sound trite, the best investment might be in yourself and those around you. There is a lot an individual can’t control but you can do a lot to learn, grow, and take care of your physical, mental, and emotional health.

by John | May 25, 2019 | Alternative Investments, Cryptocurrency

As you may have already guessed, the name “Binance” is a combination of Binary and Finance.

HODL (Hold on for Dear Life)

Sometime back in 2013 the term “hodl” was introduced. One story I heard about the etymology of the word was it was a misspelling of “hold” and then became a sort of acronym meaning “Hold On for Dear Life”. Which is in reference to the violent downswings (and upswings) cryptocurrencies can experience and that one should hold (or “hodl”) through these periods.

BNB coin started out as a way to pay for trading fees. Binance would reduce the trading fees, if they were paid in BNB. I actually owned some BNB fairly early on (as in a couple years ago) simply for this reason.

I’m of the old-fashioned belief that a cryptocurrency needs to have some sort of non-speculative use. The value of bitcoin can’t just be (long term) a speculative vehicle. Things eventually return to their non-monetary use value.

That is one of the reasons I like BNB: it has quite a variety of non-speculative uses such as: reducing trading fees on Binance (currently up to 25%) and for posting as collateral for loans. There are many other uses listed on binance.com.

I heard (although I can’t cite this) that BNB is going to be used for a distributed exchange at some point.

Another reason to like BNB is that they are planning on burning up to 50% of the supply (the exact opposite of price inflation!). So that eventually there will only be 100 million BNB in circulation.

So if you want to speculate on cryptocurrencies, you might want to buy some BNB. But if you do, you better hodl fast. 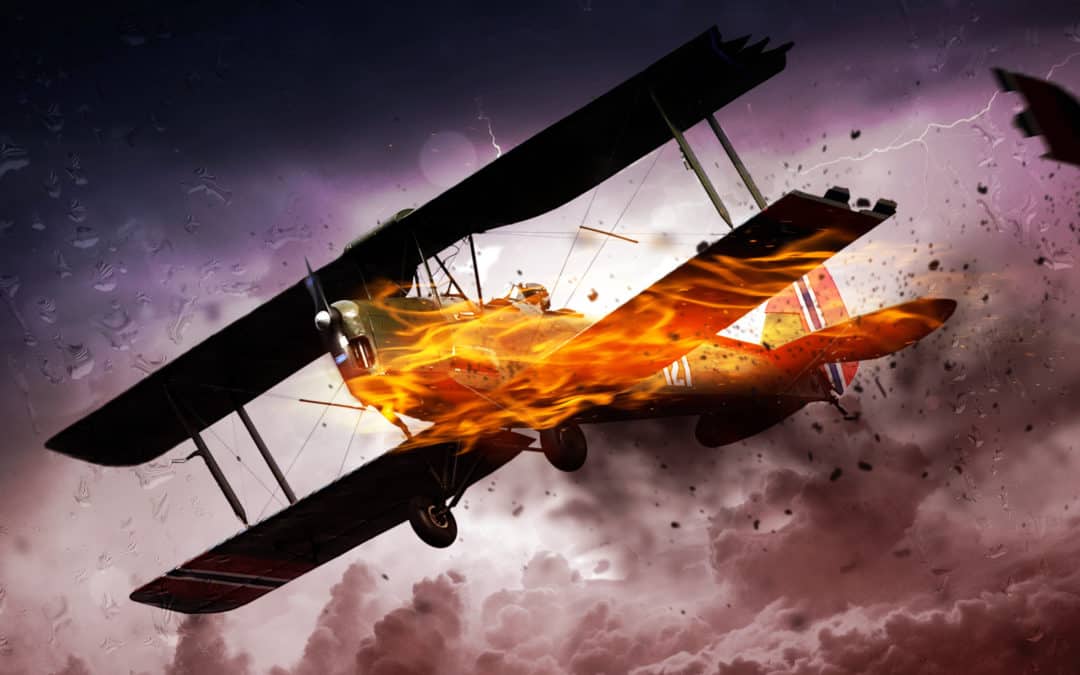 If you follow the markets at all you know that Bitcoin and other cryptocurrencies have been crashing. Depending on the exchange Bitcoin was trading up to around $19,500 in December of 2017 and is now trading down to around $7,500–a crash of around 60%.

The point is that cryptocurrencies are volatile and they have sold off like this before.

If you already own some crypto, I would stay the course. If you are thinking about speculating on cryptocurrencies, now could be a good time to buy in. Just don’t get caught up in the mania and consider How to Actually Prevent Your Bitcoin Financial Armageddon.