My first article on this website was over 5 years ago, Inflation Destroys Dollars. I certainly did not have any idea that the price inflation would be triggered by the government’s response to the COVID-19 pandemic. I certainly didn’t anticipate the lockdowns and supply chain disruptions back in 2016.

I know the fiscal and monetary policy pursued by the United States and virtually all the world: money printing, onerous regulations, taxes and spending, would eventually result in significant price inflation. Government response to COVID-19 has made the situation worse and pulled the day of reckoning forward but it certainly isn’t the largest factor.

Timing is always a challenge and I was quite early.

Price inflation is here and it is happening fast enough where people notice it and are actually talking about it. Depending on who you trust and how you measure it, prices are rising at a rate of 6-10% per year now. I think what is interesting is that the government’s own numbers (the CPI-U) shows inflation at 6%. This is far beyond the 2% the Federal Reserve has been calling for.

Gold and Silver as an Inflation Hedge

So, if you think that inflation has been somewhere between 4% and 8% over the past five and a half year, gold and silver have on just kept up with inflation during this timeframe. Not bad but also not great. Gold and silver remain the boring reliable hedge and that is a good thing.

Value Stocks as an Inflation Hedge

Value stocks are another asset class I mentioned in Inflation Destroys Dollars. I didn’t mention specific funds. I have made some of my own individual value stock picks with some fantastic picks, but also some not so good picks.

So while value stock fund did beat the rate of inflation and are a good hedge, they didn’t outperform your vanilla S&P 500 index fund.

Bitcoin as an Inflation Hedge

Compared to gold and silver, Cryptocurrencies, particularly Bitcoin has had all the action.

Clearly Bitcoin has outperformed Stocks, Gold and Silver during this timeframe in an astounding way.

I own Bitcoin and I’m not anti-bitcoin. But I’m also not a Bitcoin maximalist. I think it is possible and perhaps even likely that Bitcoin will be replaced with a superior cryptocurrency that has some combination of faster transactions, higher transaction throughput, anonymity and or additional features. In my view Bitcoin in its current state is too slow and transactions are too costly for it to work as a medium of exchange for day to day transactions. These views are very unpopular with Bitcoin maximalists that ignore or downplay Bitcoin’s weaknesses.

However, Bitcoin has provided an incredible return and far outpaces inflation.

The 14,073% return is not just a result of inflation, although it is increasingly being viewed as a safe haven alternative investment.

Bitcoin has had several great tailwinds 1) It is an emergent asset class 2) It is trendy and popular and gets media attention 3) It is viewed as a Federal Reserve / dollar debasement hedge in place of gold.

Let’s look at a simplified example. Say you frequently buy a widget or pay a service that costs $100 per year. Say the price goes up 5% per year due to monetary inflation. You also have a $100 investment that also goes up 5% per year. You’re still not keeping up with inflation because of taxes. If your $100 investment goes up 5% to $105, the government is going to want some taxes on that $5 gain. Say you’re on the hook for 15% capital gains taxes, the government is going to take their share and leave you with a $4.25 gain.

So you now have to come up with another $0.75 to pay for the item or service. Scale this up to include all of your expenses for the year and you see that you need to not only keep up with inflation, but exceed inflation so you have the money to pay the taxes on the gains.

In order to keep up with inflation your investment would need to be in a tax advantaged account that would lower or eliminate the tax burden owed or (again assuming a 15% gains tax) you’d need the investment to go up by about 5.9%.

This also shows how insidious inflation is. Not only is money worth less, but the government taxes the gains, even if there was no gain in terms of purchasing power.

One other thing to keep in mind, in the United States at least, realized gold and silver gains are taxed at the generally higher income tax rate rather than capital gains tax rate.

Gold and silver might not be very good inflation hedges anymore. If I owned gold or silver I wouldn’t sell unless I needed to rebalance my portfolio. I would expect these assets to at least keep pace with inflation, but unless the demand for gold and silver increases in excess of new supply, I don’t think gold and silver will beat inflation in the way needed in order to truly hedge for inflation when accounting for taxes. While it has produced a positive return in excess of inflation, it certainly hasn’t been a fantastic play over the last five and half years since I started HowIGrowMyWealth.com. 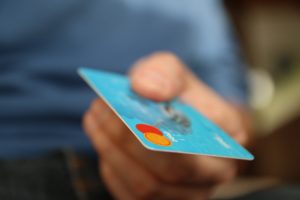 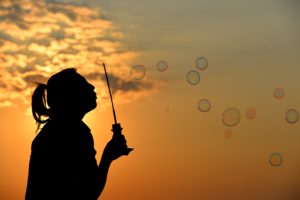