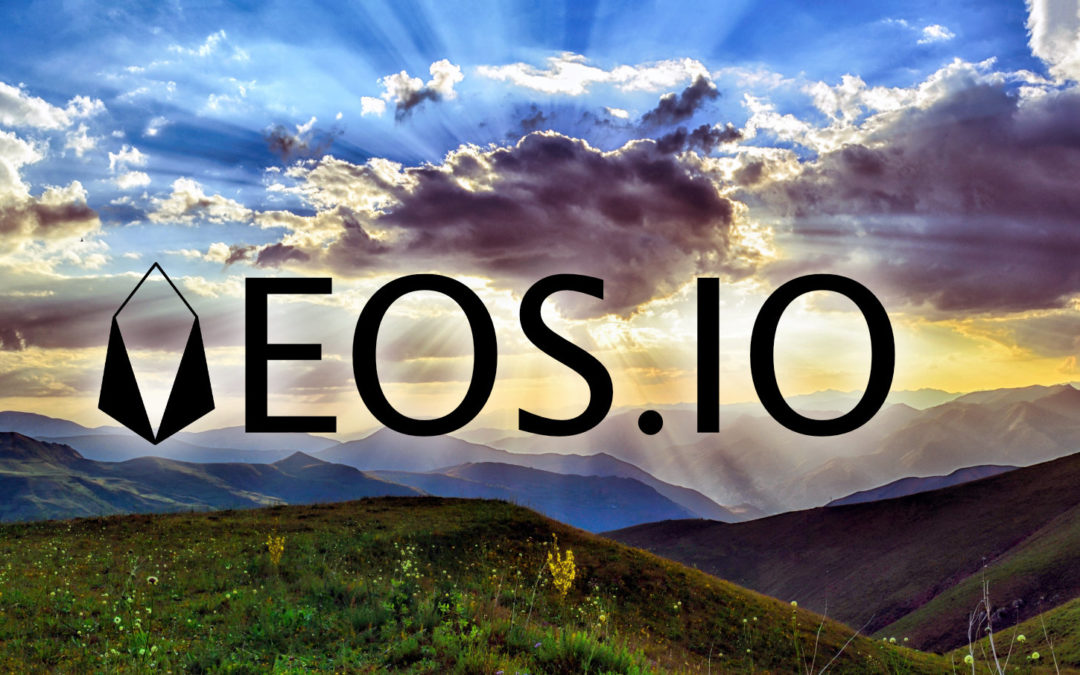 The EOS mainnet launched on June 10 after robust testing and security audits. Today the 15% voting threshold was passed and the network is now live! Unlike cryptocurrencies like Bitcoin which use energy intensive “mining” (also called proof of work) to add blocks to a blockchain, EOS blocks are generated by 21 block producers.

While perhaps not as secure as Bitcoin’s proof of work, the delegated proof of stake technology behind EOS overcomes the scalability and performance issues inherent in Bitcoin.

Don’t fret if you don’t understand all the crypto-jargon.

The important fact is Bitcoin has significant performance issues if it is going to be used for anything besides buying and holding.

Some people claim that Bitcoin is a form of digital gold that doesn’t need to be used for transactional payments. If that is the case then I don’t think it has that many advantages over gold and still has several disadvantages such as requiring electricity and the fact that every Bitcoin transaction is public information.

Others put faith in the lightning network that will enable Bitcoin transactions to work faster. Still others believe that any shortcoming in Bitcoin can be solved through forks like Bitcoin Cash which seek to accomplish more and faster transactions.

People could continue to value Bitcoin and if they do it will remain a “store of value“. However, I believe that over the long term, any money or currency needs to have non-monetary use.

People aren’t going to value Bitcoin just because they do. They might for a while, years, but not forever.

What is the non-monetary use of Bitcoin? A political statement? Owning a piece of history? Most people hold Bitcoin simply because they believe it will be worth more in the future. It’s not anonymous, it requires significant energy, it isn’t fast and it has very few features.

Contrast that with gold, while subjectively valued just like Bitcoin, this metal has significant non-monetary use, so that even though gold is not currently money (as defined by Mises) people still value the shiny yellow metal for it’s use in jewelry, electronics and dentistry.

Would gold cost less if it weren’t also held as a “store of value”? Sure, it would, however, it has been subjectively valued for thousands of years and the non-monetary use (sometimes called “intrinsic value” something I don’t think actually exists) will almost certainly continue to be valued.

I will cut myself off there to prevent further devolving into a gold versus bitcoin argument which I’ve covered elsewhere, I want to state that Bitcoin has technological limitations that I believe even the most ardent Bitcoin hodler (sic) would at least acknowledge need to be addressed.

I liked Ethereum from the beginning because this blockchain technology was supposed to allow for distributed applications (dapps) that would make Ethereum have value not just as a speculative vehicle or payment method but as a distributed operating system.

With a few mundane exceptions Ethereum has failed to deliver on that score.

The Ethereum network currently maxes out at 20 transactions per second and something as simple as CryptoKitties brought the network to it’s knees. Similar to the lightning network Ethereum has something called Raiden that will help scale Ethereum using side-chain transactions but is yet to be released.

So perhaps the key to proof of work scalability is side-chains. However, EOS provides performance boosts without the need for side-chains. I’m sure a lot could be said for the benefits and drawbacks of different technical solutions.

As a general rule I like the idea of a technology that is built from the ground up to provide a solution, rather than ad hoc additions to older technology.

Is EOS an Ethereum Killer?

EOS is still unproven, although the creator of the EOS blockchain software, Chief Technology Officer of block.one, Dan Larimer has two very successful blockchain projects to his name: steemit and bitshares.

So the architect who created the EOS.IO software has a track record of success. Of course that is no guarantee that EOS will be successful in turn.

The EOS initial coin offering raised millions in funding, millions more from venture capitalists and has some significant support behind it including organizations like everipedia and Virginia Tech.

The 21 Block Producers are now selected since the 15% target has been reached. Voting is continuous so if another block producer candidate receives enough votes to break into the top 21, they will become a block producer. EOS was trading around $15 per token when voting started dropped to around $10 and has rallied since the chain went live.

I think this is a buying opportunity.

Of course cryptocurrencies are highly risky both in terms of security risk as well as price fluctuation risk, I think EOS has the potential to supplant first generation blockchain technologies like Ethereum and if so holding an EOS token, which is owning a share of the network, could be profitable.

There will be a fair amount of volatility to come, particularly in these early days, so there will be other buying opportunities. One of the big advantages to owning EOS prior to June 1 was that some airdrops are based on EOS token holders at the time of the “snapshot” which occurred around this time. There will certainly be additional airdrops in the future and owning EOS will help ensure you’ll get them.

EOS remains a newborn, if that, and there will be growing pains.

Like all human endeavors I’m confident EOS will encounter issues–be it hacks, forks, exchange robberies, fraud, theft and who knows what in the future. However, I think the EOS community will prove to be robust, largely ethical and as secure a speculation that one can find in the crypto-space.

Even so I think if you want to dabble in cryptocurrencies EOS is as good a bet as any. I like the team behind EOS, the philosophy of Dan Larimer and that EOS isn’t just a speculative vehicle but has use cases that are being implemented.