Ethereum Cloud Mining was a Waste of Money

I wrote back in June of 2016 in an article Ethereum Cloud Mining is Not Profitable. Today is exactly 1 year since I purchased an Ethereum cloud mining contract at Hashflare.io. As I recapped in that article:

In order to simply break even ETH would need to trade up to around 18.7 USD.

I would also be better off if I had just bought ETH.

That article was written about 3 months after I had made the investment in Ethereum Cloud Mining.

I wish I had done the in depth analysis in that article before I made the investment in Ethereum Cloud Mining so that I would have known not to make the investment.

And that is the lesson I learned:

Perform your due diligence before making an investment! 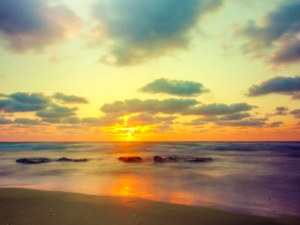 I attempted due diligence but I did not consider all the relevant facts. These relevant facts were available to me at the time if I had known to look for them.

Since my mining contract is up I want to recap what actually happened with the benefit of all the facts.

The main beneficiary of my bad experience is anyone who is newly considering Ethereum Cloud Mining: caveat emptor.

There might be other cloud mining services out there that are profitable but in my experience Hashflare.io was not one of them.

This is a $1,197 gain which sounds nice but it really isn’t and I’ll explain why.

But what if the price of Ethereum had not gone up 294%? 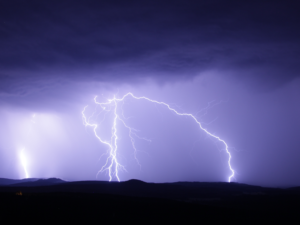 An artist’s representation of how Ethereum Cloud Mining actually went

What does that mean?

It means: The gain was entirely due to the increase in the price of ETH–the mining itself was not profitable.

So other than sounding cool Ethereum Cloud Mining through HashFlare.io provided no value.

The Problem with my Analysis

The downfall of my analysis when initially evaluating the investment in Ethereum Cloud Mining was assuming linear growth in hashing power of the Ethereum network.

I explain this in more detail in my original article and I also provide a process for making more accurate predictions wether a cloud mining contract will be profitable or not. Using that process I predicted I would mine about 30 ETH.

This prediction was much closer to what I actually mined compared to the 120 ETH predicted using static models.

It was a tough lesson to learn but thankfully the amount at risk was relatively small at $561.

Ethereum Cloud Mining is Not Profitable

Ethereum Cloud Mining on Hashflare.io is a losing investment. It is more profitable to simply buy Ether on an exchange. END_OF_DOCUMENT_TOKEN_TO_BE_REPLACED