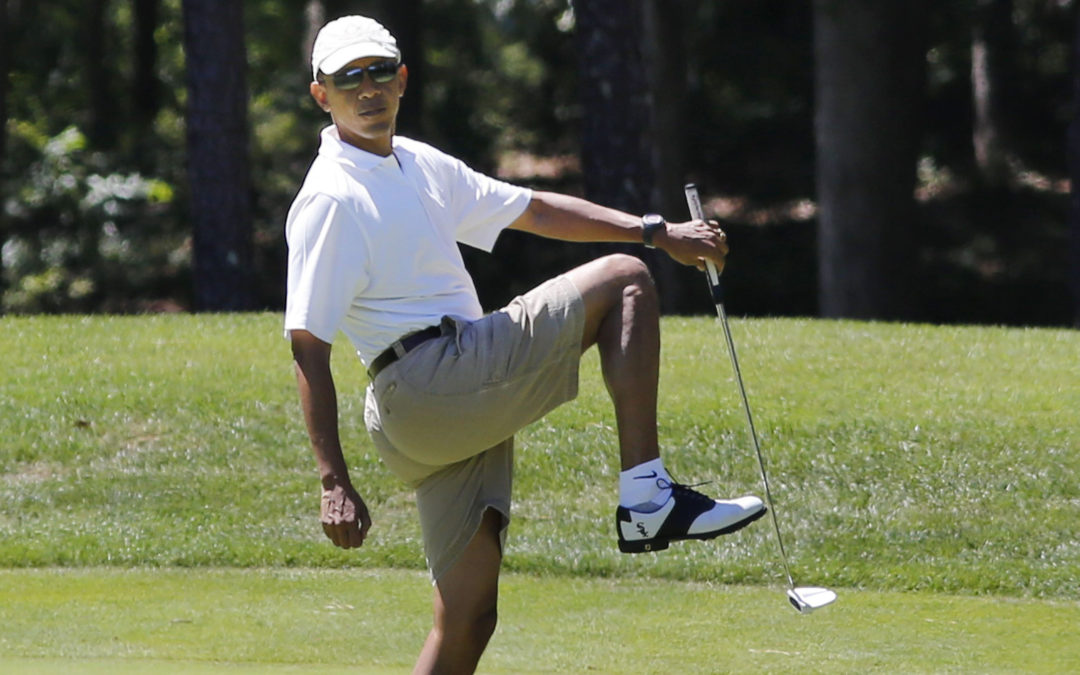 Former President Barrack Obama had many advantages in his presidency. He had the vast majority of the media firmly behind him, a sense of inevitability, support from the establishment, strong support from higher education institutions and he ran against weak candidates.

One of his greatest advantages was the unprecedentedly low interest rates throughout his eight years in office.

In fact no President has ever had lower rates for longer.

As President Obama was fond of reminding folks: America was recovering from the worst economic crisis since the great depression. His defenders can point to the fact that rates were that low because they needed to be.

Before we go Any Further

Now before I go any further, I want to make two points. One, the United States President does very little to impact how the US economy fairs.

In my opinion the President has more power than he should have but less than people realize. The President gets blamed when the economy is doing poor and gets credit when it is doing well. But it’s all unwarranted.

The second point is that artificially low interest rates are destructive. They cause bubbles and the ensuing financial crises. The 2000 dot com bust, the 2008-2009 financial crises were caused by a number of factors, but one large and consistent factor was artificially low interest rates set by the U.S Federal Reserve. Interest rates should be determined via a market based price discovery system not by the soviet style central planners occupying the Eccles Building.

The Obama Presidency was marked by the Lowest Interest Rates Ever

It’s almost comical how tightly low interest rates corresponded with the Obama Presidency. After he was elected, but before he took office the US Federal Reserve lowered interest rates to 0.25%. The lowest they have ever been.

Artificially low interest rates do in the short term provide an economic high similar to the short term euphoric feeling narcotics are reported to produce. But in the long term they are incredibly destructive to an economy.

But politicians either don’t understand this or simply don’t care and want to goose the economy so they can get re-elected. More likely both.

Now the Fed (probably by design to at least have the superficial appearance of impartiality) can point to the fact that they began raising interest rates in November of 2015. They also raised rates a second time in the 8 years of Obama’s reign on Dec 14, 2016, after Donald J. Trump won the presidential election.

This is the most accommodative monetary policy the United States has ever had. This low interest rate policy began to be withdrawn as Obama prepared to vacate his residency at the White House.

Practically speaking rates were only hiked once in 8 years.

The Political Nature of the U.S. Federal Reserve 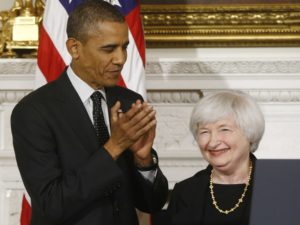 Despite the ridiculous and hollow rhetoric that the US Federal Reserve is impartial, it is a political institution that is integrated within the Federal Government.

Obama got the High

The key takeaway is that the Obama administration was supported by an ultra-loose monetary policy that provided a strong tailwind for stock prices albeit at the expense of the real economy. A stock and bond bubble was also re-inflated.

The Fed has reversed gears and has begun a tightening cycle.

Obama was very fortunate to have gotten out of office before the next Federal Reserve fueled economic crisis hits. The economy is even weaker than it was before the great recession of 2008-2009.

Obama was the Fed’s sweetheart but he’s no longer in the office. So the Fed might not be as motivated to keep the bubble inflated and the charade going.

This is doubly true because Obama’s successor is universally despised. The powers that be would love to remove Trump from office and prevent him finishing out his first term, but at a minimum they will work to ensure he never sees a second term.

One way to do that is to crash the economy while Trump is president and hang the blame around his neck.

More on that in another article.