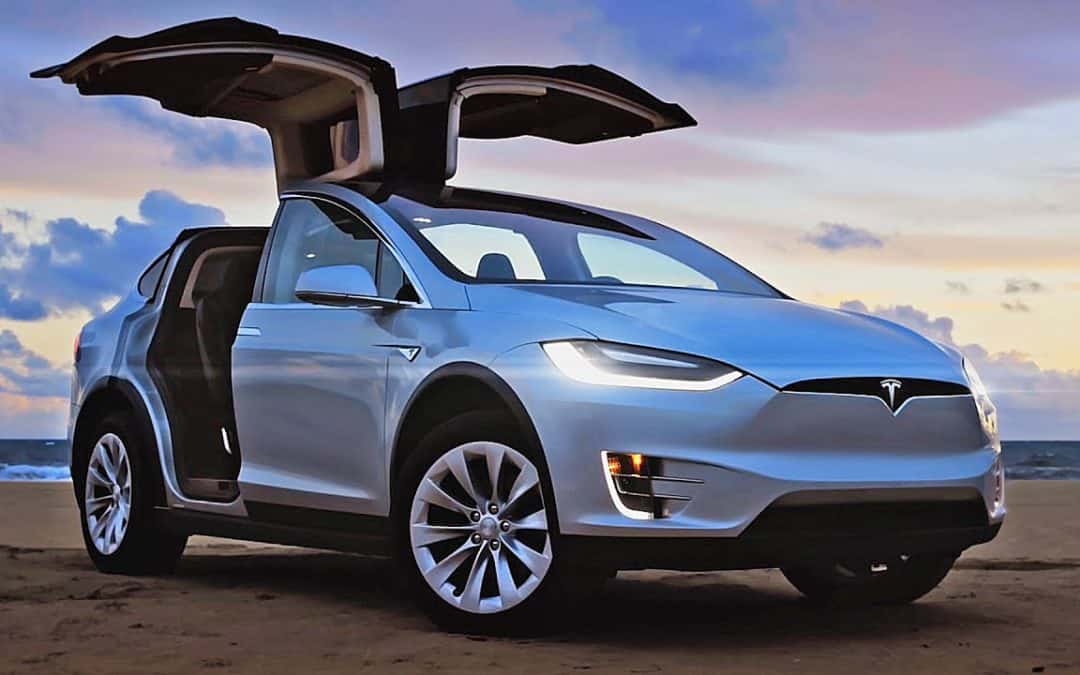 There is more bad news coming out for Tesla (NASDAQ: TSLA). First, there is a lawsuit pending against CEO Elon Musk and former Tesla CFO that alleges they mislead investors about Model 3 production.

One claim of the lawsuit is as follows:

“As early as mid-2016, Tesla executives responsible for planning and building the Model 3 production line plainly told Defendant Musk and the other Defendants in person, providing specific support for their statements that the Company could never mass produce the Model 3 by the end of 2017. These Tesla executives told Musk and the other Defendants that it was an impossible goal.”

Tesla has a strong history of not meeting their production goals. I’m not saying they always fail to meet their admittedly ambitious goals and below I chronicle a few examples where they did not

Let start with their most recently reported numbers and compare them to past guidance. 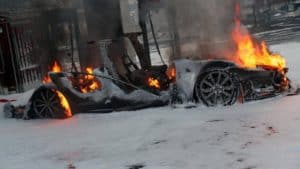 A Model S that caught fire while charging in 2014 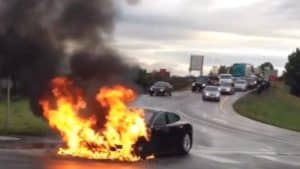 “We continue to target weekly Model 3 production rates of 2,500 by the end of Q1 and 5,000 by the end of Q2. It is important to note that while these are the levels we are focused on hitting and we have plans in place to achieve them, our prior experience on the Model 3 ramp has demonstrated the difficulty of accurately forecasting specific production rates at specific points in time.”

But that didn’t stop them from bragging, “The Model 3 output increased exponentially, representing a fourfold increase over last quarter.” Well Q4 2017 Model 3 production was just 2,425 so going up to 9,766 isn’t that great especially when you said you’d be producing that many a week 3 months ago.

How likely is Tesla’s 3 April Guidance?

Given the progress made thus far and upcoming actions for further capacity improvement, we expect that the Model 3 production rate will climb rapidly through Q2. Tesla continues to target a production rate of approximately 5,000 units per week in about three months, laying the groundwork for Q3 to have the long-sought ideal combination of high volume, good gross margin and strong positive operating cash flow. As a result, Tesla does not require an equity or debt raise this year, apart from standard credit lines.”

They would need to more than double their Model 3 production in the next 3 months to hit their targeted production rate of 5,000 units per week by June.

In 2016 Tesla said they were planning to build half a million vehicles in 2018. This got a lot of press at the time and people were all excited.

“Additionally, given the demand for Model 3, we have decided to advance our 500,000 total unit build plan (combined for Model S, Model X, and Model 3) to 2018, two years earlier than previously planned. Increasing production five fold over the next two years will be challenging and will likely require some additional capital, but this is our goal and we will be working hard to achieve it.”

How likely is Musk and Company to produce this many vehicles?

On average in Q1 the total combined production was just 2,688. So thinking they could produce 4,000 vehicles a week consistently, in Q2 and 7,000 in the second half of 2018 is giving Tesla a big benefit of the doubt.

Another way to look at it is even if they can double production starting in Q2, up to 5,376 total vehicles per week they would only get to 209,664 by the end of the year. So it seems highly unlikely Tesla will reach 500,000 vehicles produced by the end of 2018. 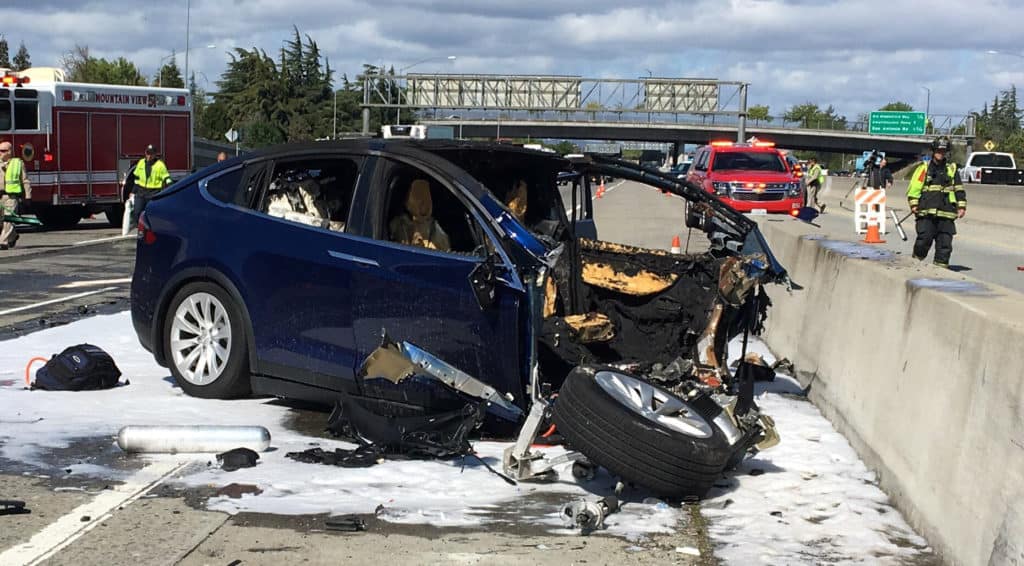 A picture of the 25 March 2018 Tesla crash which resulted in a fatality. Photo From Business Insider

In addition to the lawsuit the other recent bad news for Tesla is in regard to Model 3 production. Production of the Model 3 has halted at least twice already in 2018, first in February from the 20th-24th. Another halt started today and is estimated to last 4-5 days.

To paraphrase Yogi Berra, forecasting is hard, especially about the future. However, providing the best possible “forward guidance” is what publicly traded companies are expected to do. At best Tesla is not very good at predicting what they will be able to do and at worse they are being deceptive. To be clear I am not saying Tesla intentionally attempting to deceive investors.

I do think that Elon Musk, at times, has demonstrated a rather fluid relationship with reality.

On the one hand I admire his vision, I remember doing some research into Mars exploration and terraforming when I was in college so it is exciting that Musk is interested in colonizing the red planet as well. Flamethrowers are also awesome. The idea of the hyperloop is a fascinating concept.

The guy is not afraid to dream big and I admire him for that. But on the other hand I think it is possible that he misleads investors and with billions on the line I have a problem with that.

Tesla is in Trouble

People are taking notice. A recent tweet by the Economist prompted an almost Trumpian response (and forward guidance about Q3 and Q4) from Musk.

The Economist used to be boring, but smart with a wicked dry wit. Now it’s just boring (sigh). Tesla will be profitable & cash flow+ in Q3 & Q4, so obv no need to raise money. 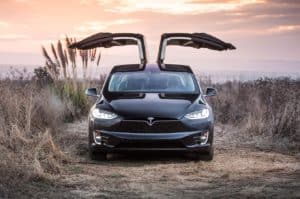 I’ve wanted a car with “gull-wing” doors ever since watching Back to the Future as a kid. Photo from Motor Trend

A recent article by Jim Collins points out that Tesla is a horrible automobile manufacturer.

“Tesla is the worst car manufacturer in the developed world. Bar none. Note that I didn’t write “designer” or “marketer,” but manufacturer. Musk had zero auto industry experience when founding Tesla and CTO J.T. Straubel—who according to Tesla’s 10-K filing personally holds Tesla’s important patents—developed a love for electric vehicles by rebuilding golf carts. It’s just astounding to me that the markets are affording a $50 billion valuation to a company that can’t perform the most basic task for which it was incorporated.”

Even though Tesla designs some great looking automobiles and does a heck of a job marketing them doesn’t mean Tesla is a good business or a company in which a person should invest.

And in fact quarter after quarter of negative free cashflow, missing many production targets and increasing debt would suggest that Tesla is a very bad business.

None of those facts will stop a believer from believing as summarized I think by this tweet:

A Tesla fail is now shorted by many.. They lost so much before and still haven’t learned.. Tesla is not only a business.. It’s a movement for a better future.. Shame on The Economist for not recognising

We will see if shorting Tesla is a good idea or not soon enough.

Disclaimer: John has a short position in TSLA