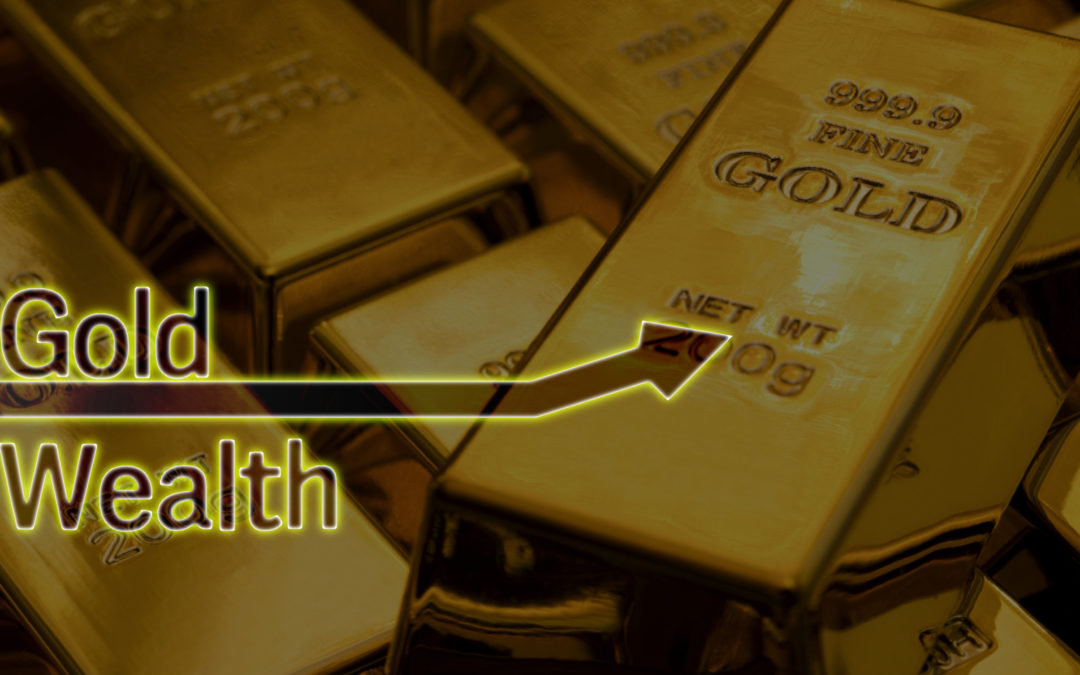 A 2.6% rise in the price of gold doesn’t seem like a lot given the tremendous volatility of cryptocurrencies like Bitcoin which can go up or down 30% in a day. Twenty eighteen has started off strong for the yellow metal. While gold has lost some if it’s shine in the eyes of many since the drop from it’s highs in 2011 it remains the standard in wealth preservation as far as I’m concerned. I am as bullish on gold today as I ever have been. Perhaps not in the medium term, but in the short and long term I think gold will be rising in USD price. 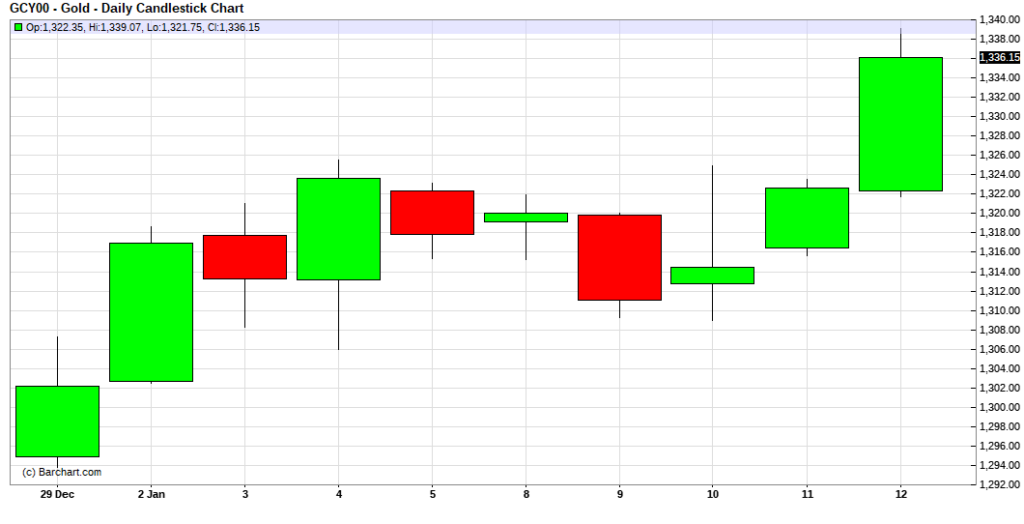 I posited back in April 2017 that 2016 was the start of a new bull market in gold and that trend has continued. 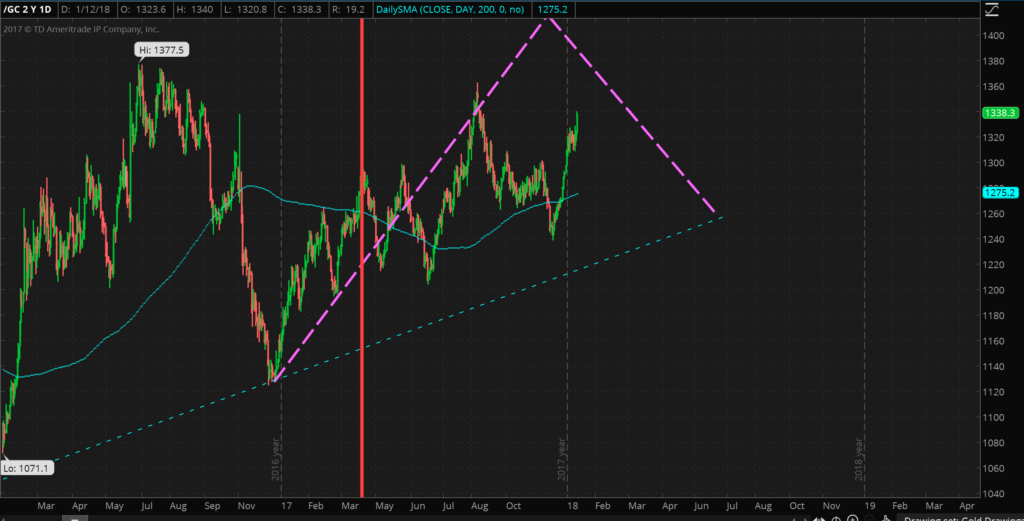 The dashed purple line indicates my prediction/guess as to the price movement of gold. This prediction was made back in the middle of April, 2017 (indicated by the vertical red line).

While this prediction looked fairly close up through August 2017, gold has since diverged quite a bit. Because gold hasn’t been able to take out the previous high of $1377.5 made back in July 2016, this bull market is looking fairly weak from a technical perspective, especially compared to the 2008-2011 bull market. This is why I think gold looks weak in the medium term (say 6 months to a year). In the short term gold is looking good, as previously mentioned gold is up over 2.5% this year.

But even if the technicals of gold look weak the fundamentals of gold are still extremely strong. I think there is little chance that we will see gold available at a price of 1045 USD ever again and I think gold will eventually make new highs in excess of $2,000. I do think gold is in a bull market, albeit a weak one. A US War with North Korea, a Trump impeachment, another large scale terrorist attack, or any number of other catalysts could easily send gold upwards.

While we might have to wait until 2019, it will be interesting to see if gold breaks through the resistance (solid red line) and if so if it makes a new high above 1377.5, or if it goes back to test the longer term support levels drawn in a dashed blue line. Of course it could even do both if we see a lot of volatility.

I feel confident that gold will be above $1300. Regardless I think holding between 10%-25% of one’s assets in physical precious metals is a wise move. Go closer to 10% if you have faith in the US.gov and legacy financial system and closer towards 25% if you are a little more bearish on the US governments ability to handle the national debt, pension, social security and medicare funding crises. Of course all of these precious metal allocation percentages are just opinions and don’t take into account your age, goals and risk tolerance. If I had a lot of money in cashflow positive real estate or a successful and recession resistant business then I probably wouldn’t put as much into gold.

While there is no substitute for physical precious metals like gold and silver held in a secure location one controls I think Goldmoney is a fast, easy and secure way to own physical precious metals. When you sign up for a Goldmoney holding account be sure to use my referral code: howigrowmywealth. A Goldmoney holding account allows you to store physical gold throughout the world in secure jurisdictions like Singapore and Switzerland. I personally own over $1,000 worth of gold through Goldmoney.