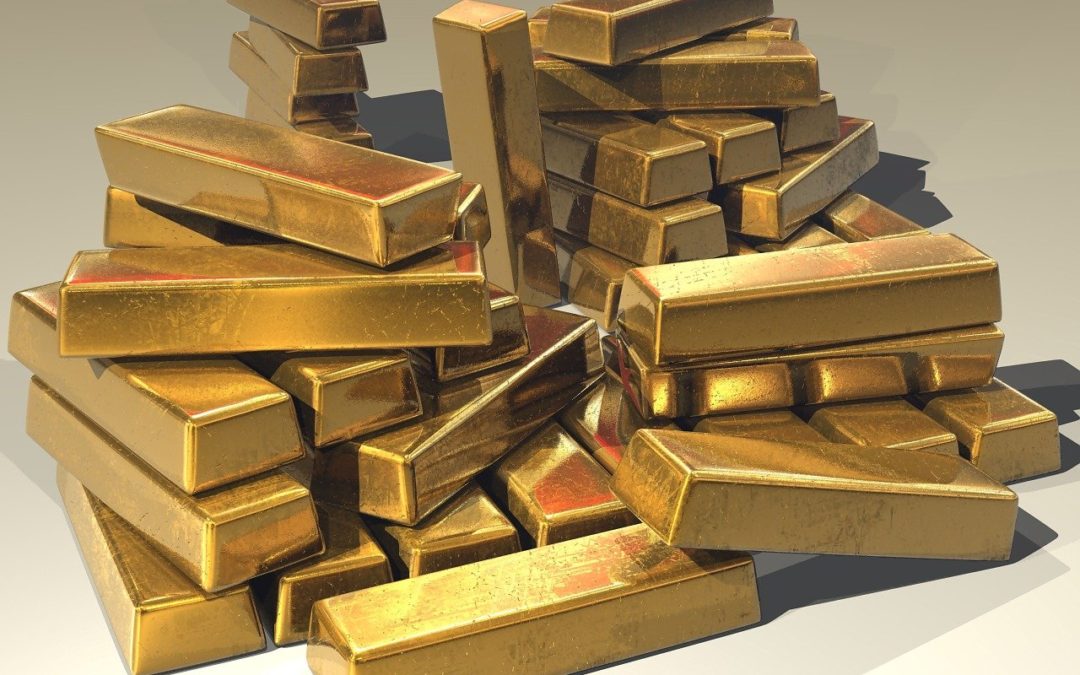 Gold isn’t supposed to tarnish but it has certainly lost its luster in my eyes so far in 2021. I have determined that for me, having 10-20% of my liquid net worth in precious metals makes sense as a protection against dollar debasement. Right now we’re in the kind of environment in which I would expect gold to shine (that should be it for the gold puns in this article.).

What kind of environment am I writing about? Rising interest rates and helicopter money. Interest rates, while still historically low, have been rising. There has also been “helicopter” money where the treasury is directly sending people checks.

The latest round of these “stimmy bucks” should be coming soon, as President Biden is expected to sign a $1.9 trillion bill, which among many other things includes a $360 billion bailout of state, local and territorial governments and $1,400 check to anyone making $75,000 or less.

The blue team currently controls taxes and spending in the United States. While the reds are spendthrifts in their own right, and these stimmy checks were initiated under Trump, the blue team is worse. I’m not aware of a party which practices fiscal discipline in the United States. I expect this to be the first of many trillion dollar spending bills passed during the Harris-Biden Administration.

I understand that if the government is going to make it illegal for a lot of people to work and a lot of business to operate that creates problems, such as unemployment, less available goods and services and a lack of economic resources for individuals and families struggling to make ends meet. So this spending bill is no doubt an attempt to try to fix the some of the problems created by the lockdowns.

Whether these lockdowns were necessary to prevent people from dying from the Wuhan Coronavirus frequently referred to as COVID-19 should be debatable. However, thanks to censorship we all just have to click our heals and accept that without lockdowns the bodies would have piled up in the streets, hospitals would be overwhelmed and furthermore, that the increase in deaths due to undiagnosed cancer, suicide, etc., simply don’t exist or don’t matter. But I digress.

In an environment in which it has been illegal for people to show up to work to produce goods and services, and which the government is sending people checks, you expect rising prices. Prices have been rising. We’ll ignore the CPI, which seems to be designed to not measure rising prices. Lumber is up, oil is up, many commodities are up.

Gold is Not Rising

Even though many commodities are up, gold and silver are not up. Why is that?

After making new highs in the wake of the 2008-2009 financial crisis, Gold had been in a bear market from September 2012 through November 2015, where it made a low of $1,045. It pretty much traded sideways and slightly up for the next four years, until 2019, when gold rocketed up, finally making that new high in August of 2020, reaching $2,089 per ounce. It then proceeded to sell off and is currently trading around $1,721. I think $1,800 was an important price level, but the yellow metal zipped right through it.

There does seem to be some support around $1,700 but it doesn’t look super strong. I’m definitely biased to the upside, but my guess is gold bounces between $1,700-$1,800 unless and until the Fed does something to manipulate interest rates back down. Why would the Fed do that? An economic recession or a stock market selloff.

In February of 2020, the S&P 500 was trading around $3,350 or so. This was before the lockdowns and the panic. Now, after having shut down a lot of the global economy, after unemployment going upwards, the stock market has recovered, but are things better than they were in February of 2020? The stock market thinks so. The S&P 500 has made a new high of roughly $3,950.

I would think that if interest rates continue to rise there will be a significant correction in the stock market. The Fed would then step in and do what it can to lower interest rates back down which would prop up stocks. So far the market had shrugged off rising rates, however.

There are three main reasons. Reason #1 why gold hasn’t performed: rising interest rates. If bonds are yielding nothing, then it is easier for gold (which also yields nothing) to compete.

This is supported by the chart below. The 10 year treasury yield is in blue. You can see in late July, the yield on the 10 year bottomed and then started rising. At that same time gold peaked and then began to sell off. That inverse correlation looks very tight to me.

Gold has been a safe haven alternative to bonds in a low interest rate environment. Now that there is some yield to be had with treasuries, perhaps gold investors are concerned that zero yield gold will be replaced paltry (but at least nominally positive) yielding US debt.

Reason #2, which is conjecture on my part, is the stock market continues to rise. If there is real economic growth I would expect stocks to outperform gold long term. Gold is a safe haven asset outside the banking system. It does well when there is economic uncertainty, when a currency is in doubt.

Stocks have not sold off despite rising interest rates. As a result there isn’t a pressing need for a safe haven asset and money flows out of it. There was some volatility in the fall of 2020, but for the most part stocks have continued to go upwards. So while rising rates seems to have scared gold investors, it doesn’t seem to have impacted equity investors much.

Reason #3 is cryptocurrencies, specifically Bitcoin, which currently has over a 61% dominance in the cryptocurrency space. Some corporations are now deciding to put some of their money into BTC, and this institutional investment is doubtlessly driving the price up, and some people who are concerned about dollar debasement are probably deciding to go with so-called “digital gold” rather than real gold. You know it is bad when Peter Schiff’s son is liquidating his silver stocks and going 100% into Bitcoin.

From a transactional perspective it is less expensive to buy Bitcoin through an exchange like Coinbase, than it is to buy and ship gold from a bullion dealer. Some people are doubtlessly taking their stimulus checks and using it to buy Bitcoin.

I won’t bother charting gold next to Bitcoin because Bitcoin has gone up so much that you would hardly even see gold on the chart.

I’ve never had enough confidence in Bitcoin to put a lot of money into it, and as a result have missed out on a lot of gains. The first mover advantage and name recognition seem to be enough to carry Bitcoin despite the existence of other coins that have superior characteristics, such as anonymity, higher and faster transaction throughput and lower transaction costs.

I’ve bought and sold Bitcoin over the years dating back to 2011 or 2012 and I still own some Bitcoin and EOS. Of course if I knew the price of BTC in 2021 was approaching $60,000 I would have bought and held onto more.

The two mains risks to Bitcoin are 1) The widespread adoption of a better alternative to Bitcoin 2) Interference from the Chinese Communist Party.

But, as I’ve written about countless times before, you can own both, it doesn’t have to be either or.

In the meantime I’ll continue to hold onto my gold and silver as a part of my overall asset allocation.