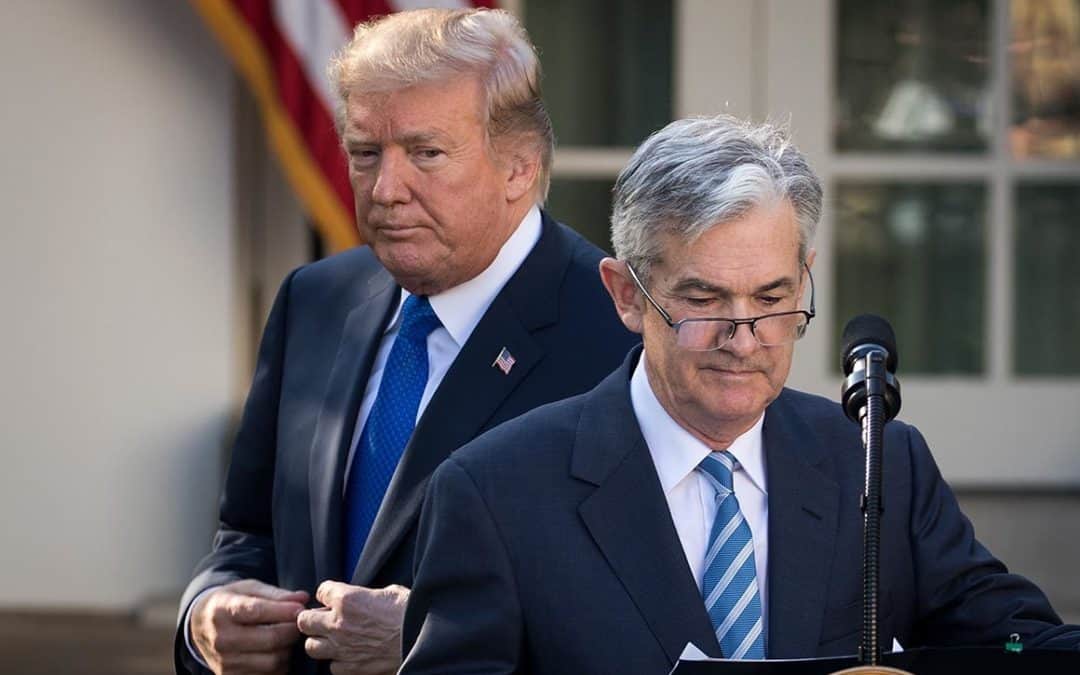 One interesting quote from Chair Powell’s prepared remarks were the following: “Nonetheless, the current low interest rate environment may limit the ability of monetary policy to support the economy.”

In other words if the economy goes south, the Fed won’t be able to do much to prop it back up.

This assumes rates don’t go negative (like Trump is already calling for) or Quantitative Easing (QE) isn’t further expanded (which Trump has also called for). With those in mind, the Fed still has tools at it’s disposal to wreck the dollar and re-inflate asset bubbles.

Powell also read, “In a downturn, it would also be important for fiscal policy to support the economy. However, as noted in the Congressional Budget Office’s recent long-term budget outlook, the federal budget is on an unsustainable path, with high and rising debt: Over time, this outlook could restrain fiscal policymakers’ willingness or ability to support economic activity during a downturn.”

As he states the obvious, Powell is of course correct about the unsustainable federal budget.

Seeing as how the Fed is empowering the Treasury to go deeper and deeper into debt it is ironic that the Chair of the Fed is concerned about the debt.

Powell also mentioned his “In no sense, is this QE,” Quantitative Easing program: “To achieve this level of reserves, we announced in mid-October that we would purchase Treasury bills at least into the second quarter of next year and would continue temporary open market operations at least through January. “

Trump, no surprise, was more bombastic.

In his Tuesday speech President Trump called for negative interest rates. He is further complaining the Fed isn’t working with him and that interest rates were cut too slowly.

Trump is the Bubble-Blower in Chief. He basically wants the kind of sweetheart deal Obama got.

He also mentioned a desire for more tax cuts. Tax cuts are fantastic and important, but without cutting spending they will only increase the unrepayable and unsustainable deficits.

All of this should be good news for gold. While the yellow metal has not dropped through the $1450 resistance line, it is hovering just about it.